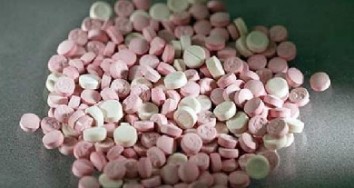 Intent to sell ecstasy could result in being charged with a crime in New York or could lead to federal charges . The specific penalties vary depending upon whether you are charged under federal law or state law, but all penalties are serious and conviction could typically result in a lengthy jail sentence.

Bukh Law Firm, PLLC provides legal representation to defendants who have been accused of intent to sell or deliver ecstasy. Our legal defense team can help you to explore all your options from negotiating a plea agreement or immunity deal to raising defenses and introducing doubt. Give us a call when you’re under investigation or when you’ve been charged so we can help you fight conviction.

NY Laws on Ecstasy Possession with Intent to Sell or Deliver

Penalties for both simple possession and possession with intent to sell vary depending upon the amount of ecstasy involved.

If a prosecutor cannot prove intent to sell, you could be charged with criminal possession in the seventh, fourth, third or second degree depending upon whether you have less than 25 mg of ecstasy; between 25 mg and 5 grams; five grams and 25 grams; or 25 grams or more of ecstasy. Charges range from a Class A misdemeanor to a Class A-II felony.

Federal laws on Intent to Sell or Deliver Ecstasy

A defendant faced with federal charges could be accused of intent to sell or deliver ecstasy even absent any proof of sales occurring. The amount of ecstasy is solely determinative of whether a defendant faced with federal charges is accused of simple possession or intent to sell. 21 U.S. Code section 841 details the penalties.

If you are charged with a federal drug crime, you would have to serve your sentence in federal prison. You need a lawyer who understands federal laws when faced with these serious charges.

How a NY Drug Defense Lawyer Can Help with Ecstasy Charges

Being accused of possession of ecstasy with intent to sell could change your life forever. You need a vigorous defense if you want to try to stay out of prison or avoid decades of incarceration. Call Bukh Law Firm, PLLC today to find out what your options are for responding to charges.

Possession with Intent to Deliver