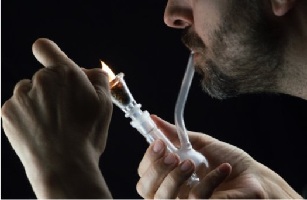 Many people wrongfully assume you cannot be charged with dealing or selling drugs unless you actually engage in a transaction, or at least attempt to. The reality, however, is that you can be charged with intent to deliver even if you do not transport, distribute, or sell any controlled substance. Simply because you have amounts of a controlled substance considered too much for personal use, penalties can become much more severe. When you are charged with a federal crime, you could even face lengthy mandatory minimum sentences.

If you’ve been accused of possession with intent to deliver, it is imperative you seek legal assistance right away. Depending upon your past record and the type and amount of substance, there is the potential that a conviction could lead to decades of incarceration or even life imprisonment. You cannot let your freedom be taken without putting up a vigorous fight. Law Firm, PLLC is the NY drug defense law firm to turn to when you want a knowledgeable legal advocate fighting for you. Our legal team is prepared and ready to help you develop a legal strategy and explore all options for trying to get an acquittal or reduced penalties. Give us a call now to learn more.

Laws on Possession with Intent to Deliver

also has a section of the penal code which imposes stricter penalties on those who are considered major traffickers. A major trafficker is defined by Penal Code section 220.77 as someone who directs a controlled substance organization which makes $75,000 or more in sales, or who sells or intends to sell narcotic drugs with a total aggregate value of $75,000 or more over six months.  Major traffickers who deliver large volumes of controlled substances could be charged with a Class A-1 felony in New York.

The federal government treats the crime of intent to deliver differently than New York does. According to 21 U.S. Code section 841, the government does not need to actually prove drug sales occurred.  The government can charge a defendant with intent to distribute based on drug volume. For example, having more than one gram of LSD or more than five grams of pure meth can result in charges of possession with intent to distribute, which is an offense that carries a mandatory minimum five year prison term even for a first time conviction with no past record of drug crimes.

Mandatory minimum sentences have given prosecutors on the federal level tremendous leverage. A prosecutor often will threaten someone with being charged with intent to deliver or another serious drug offense which carries a lengthy mandatory minimum term. The defendant, fearing a long time in prison if found guilty, may be willing to negotiate a plea deal to avoid the threat of such a harsh penalty. While plea deals can sometimes be the best option, no defendant should be coerced into accepting a deal just because there is such a grave risk of serious penalties because of the threat of mandatory minimum sentences.

How a NY Defense Lawyer Can Help

Law Firm, PLLC understands federal and state laws related to possession with intent to deliver. Whenever you’re accused of intending to sell or transport drugs, we are ready to help you raise the strongest defense you can based on the prosecutor’s evidence and the counter-evidence discovered in an investigation into your case. Give us a call today to schedule a consultation and learn more.

Possession with Intent to Deliver