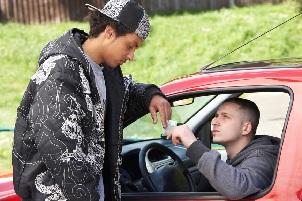 Drug trafficking is defined by the United Nations Office on Drugs and Crime  as: “is a global illicit trade involving the cultivation, manufacture, distribution and sale of substances which are subject to drug prohibition laws.”

Drug trafficking is investigated by the Drug Enforcement Agency, and those who are accused of involvement with trafficking can expect to be charged with a major felony drug offense that could carry a lengthy mandatory minimum sentence. Within the state of New York, operating as a “major trafficker” is also a serious felony.

Defendants who are accused of federal drug trafficking crimes or of major felony drug trafficking need to understand what options are available to them for fighting charges. You may be able to avoid conviction if you can raise doubts about your involvement with trafficking or you may be able to negotiate an immunity deal if you can provide information to law enforcement about others involved in a trafficking scheme. It may also be possible for you to negotiate a plea agreement so your penalties will be reduced and/or so a prosecutor will agree to bring lesser charges instead of charges carrying mandatory minimum sentences of years imprisonment.

Drug trafficking is one of the most serious federal and state crimes which can be committed and you need an attorney with a reputation for defending clients accused of this type of high-stakes criminal act. Bukh Law Firm, PLLC represents those accused of involvement with trafficking both within the state of NY as well as nationally and globally. Our legal defense team has the necessary knowledge, skills and ability to fight for your future when you’ve been charged with a trafficking offense.

Within the state of New York, you can be considered a drug trafficker if you are in control of an organization which sells at least $75,000 worth of controlled substances, if you are a profiteer who sells drugs with aggregate sales of $75,000 or more, or if you possess narcotic drugs on one or more occasions within six months which have an aggregate value of $75,000 or more. NY Penal Law section 220.77 makes drug trafficking a major felony, with defendants who are convicted facing penalties for a Class A-1 felony offense.

For an A-1 felony offense, the minimum sentence under NY law is between 15 and 25 years imprisonment and the maximum sentence is between 25 years and life imprisonment. This major felony drug trafficking crime can also result in significant financial consequences along with decades of prison time.

The federal government also investigates drug trafficking and federal laws make clear that any co-conspirators who are part of trafficking efforts can face charges for all underlying drug offenses committed as part of the conspiracy.

Penalties for drug trafficking and other drug crimes on the federal level are based on both the schedule of controlled substances as well as the  amount of controlled substances involved. For example, trafficking in cocaine – which is a schedule II substance- and having anywhere from 500 to 4999 grams can result in a mandatory minimum sentence of five years or a maximum sentence of 40 years. With 5,000 grams (5 KG) or more of cocaine, the minimum prison sentence is 10 years imprisonment.
If death or serious bodily injury results for a first offense with 500 to 4,999 grams, the penalty could range from a minimum of 20 years to life imprisonment. If the offense is a second one for cocaine trafficking, a sentence of life in prison is also a possibility.

How a NY Federal and Major Drug Trafficking Lawyer Can Help

If you’ve been accused of drug trafficking under federal law or if you are charged with major drug trafficking, do not hesitate to get legal help. You cannot afford to take a chance on making mistakes in your defense that could lead to a conviction for a crime where you could face up to life in prison. Let Bukh Law Firm, PLLC assist you in fighting for an acquittal or in exploring options to reduce penalties. Call our NY drug trafficking defense lawyers today for help.