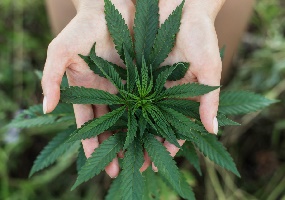 A federal trial court did not err in attributing 142 pounds of marijuana to one man for purposes of sentencing, even  though the marijuana was actually carried by three men in the commission of the crime, a Ninth Circuit panel held Monday in United States v. Dallman, No. 05-30349.

The defendant in Dallman was convicted of possession and importation of marijuana  and conspiracy to possess marijuana after he and two other men were found by Border Patrol agents carrying duffel bags filled with a whole lot of pot.  The court writes:

Dallman contends that the district court erred in calculating the Guidelines range because the court incorrectly found that he was accountable for the aggregate amount of marijuana carried by all three men. The base offense level under the Guidelines for a defendant convicted of drug trafficking depends on the quantity of drugs involved in the offense. U.S. SENTENCING GUIDELINES MANUAL § 2D1.1(a)(3) (2005). For a defendant convicted of a jointly undertaken drug offense, this quantity may include “all reasonably foreseeable quantities of [drugs] that were within the scope of the criminal activity that he jointly undertook.” U.S.S.G. § 1B1.3 cmt. n.2; see United States v. Becerra, 992 F.2d 960, 966 (9th Cir. 1993). The scope of the jointly undertaken criminal activity “may depend on whether, in the particular circumstances, the nature of the offense is more appropriately viewed as one jointly undertaken criminal activity or as a number of separate criminal activities.” See U.S.S.G. § 1B1.3 cmt. n.2(c)(8).

The district court did not err in viewing the conspiracy in which Dallman, Souza, and Thistlewaite participated as a joint undertaking rather than as several separate criminal activities and, as a result, basing its calculation of Dallman’s Guidelines range on the aggregate amount of marijuana that the three men carried. Dallman and the others coordinated their importation effort, likely aided each other in crossing a barbed wire fence at the border, and together sought to hide from Border Patrol agents. See U.S.S.G. § 1B1.3 cmt. n.2(c)(8). United States v. Palafox-Mazon, 198 F.3d 1182, 1187 (9th Cir. 2000) is not to the contrary. There, we affirmed the district court’s finding that defendants who were led across the U.S.-Mexico border carrying backpacks of marijuana were accountable at sentencing for only the amount of marijuana each man carried because the record did not show that the defendants “intended to, would have, or did in any way coordinate their importation efforts for their mutual assistance and protection or aid and abet each other’s actions.” Id. (internal quotations and alterations omitted). By contrast, the cooperative and coordinated conduct of Dallman, Souza, and Thistlewaite rendered Dallman responsible, for sentencing purposes, for the contraband carried by all.