The Federal Bureau of Investigation describes market manipulation as “artificially raising or lowering the price of stock on any national securities or commodities exchange or in the over-the-counter marketplace.”

There are different types of market manipulation schemes that can occur, and involvement with any effort to manipulate the market could result in serious criminal charges. Defendants could face charges under the Commodities Exchange Act, under the Securities and Exchange Act, under Sarbanes-Oxley, and under general fraud laws, among other federal and state laws. The types of criminal charges that a defendant could face will vary based on the market manipulation scheme that allegedly occurred.

An experienced New York City securities fraud lawyer can provide assistance if you have been charged with any crimes for attempting to manipulate markets.

What is Market Manipulation?

Market manipulation refers to any attempt to interfere with the normal free operation of the market and to create an artificial market for a security, currency, or commodity. Examples of market manipulation may include:

Authorities take market manipulation seriously. The Federal Bureau of Investigation announced that 14 people were arrested in 2013 as a result of participation in long-term schemes to manipulate stock prices. The scheme allegedly resulted in investors losing more than $30 million after conspirators inflated prices and trading volumes of stocks to make it appear the stocks were being actively traded and increasing in value. The indictments specified five specific deals, and according to the FBI, if the defendants were convicted, they faced a statutory maximum penalty of at least 100 years in federal prison.

When a criminal case is brought, proving the case may be more difficult. There are different federal laws that a defendant could be prosecuted under for alleged market manipulation. For example, 7 U.S. Code Section 13 makes it a felony punishable by a fine up to $1,000,000 and up to 10 years imprisonment to “manipulate or attempt to manipulate the price of any commodity in interstate commerce.” However, to get a conviction, the prosecutor generally must prove beyond a reasonable doubt that the intent of a defendant’s actions was to manipulate the market.

An experienced New York City securities crimes defense lawyer can help you to raise doubts about your intentions or about other aspects of involvement in an alleged securities fraud scheme. These types of cases can be extremely complicated and a knowledgeable attorney can often make it difficult for prosecutors to unravel exactly what actions you took or what your motivations were. This means it may be possible to avoid conviction for the alleged offense.

Market manipulation cases should be handled by an experienced and skilled New York City defense lawyer with knowledge of these types of financial crimes. The Law Offices of Bukh Law Firm, PLLC is here to help you.

Give us a call today to schedule a consultation and learn more. 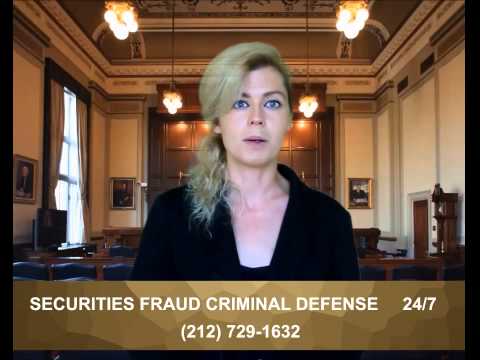