What to Do If You Face a Federal Passport Fraud Charge? 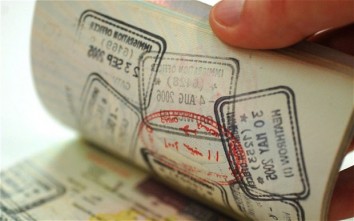 A U.S. passport serves as proof of a person’s identity and citizenship. There are strict regulations regarding the issuance, control and use of U.S. passports. A Visa is also an important immigration document obtained at a U.S. Consulate or Embassy to grant a foreign traveler permission to apply to come into the U.S. at a port of entry. Federal laws also impose rules and restrictions on the issuance and use of visas. If any of the rules related to passports and visas are violated, you can be charged with a criminal offense and face penalties including imprisonment.

Bukh Law Firm, PLLC. has represented numbers clients accused of passport or visa fraud. Contact us to learn about your legal options for responding to charges and about how a passport fraud lawyer can help with your case.

Passport fraud takes different forms including using false birth certificates to obtain a passport; using a passport that has been altered or stolen; assuming someone’s identity to apply for a passport; or circumventing a rule requiring that both parents provide signatures before a passport is issued to a child.

The federal code also criminalizes visa fraud including using false documents when applying; hiding information that would normally disqualify you from obtaining visa; selling, transferring or trafficking a legitimate visa, forging or altering a visa, counterfeiting a visa, and misrepresenting the reasons for a visa application. Federal code sections that impose penalties for visa fraud include:

These are serious offenses that, like passport fraud, could potentially result in decades imprisonment if convicted. A New York City visa fraud lawyer can advise you on potential penalties associated with conviction for a visa fraud offense.

Negotiating a plea bargain in an attempt to reduce charges or limit penalties is one possible option when accused of passport or visa fraud. Your attorney can speak with the federal prosecutor assigned to your case about options for a plea deal.

Pleading not guilty is another option. You can avoid conviction by successfully raising affirmative defenses or by introducing doubt into a prosecutor’s case, since the prosecutor has the burden of proving guilt.

A New York passport and visa fraud lawyer at Bukh Law Firm, PLLC can advise you on available courses of action when responding to charges and can help you try to secure a not guilty verdict.