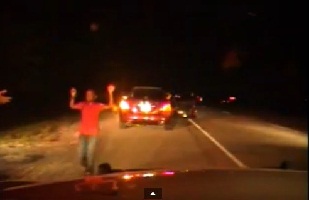 It’s late one evening in Anytown, USA. Two couples are walking home from a double date that took them to dinner and a movie. One couple is white, the other black.

Ahead they see a police car slowly approaching. The visceral reaction of the couples is different. The white couple breathes a sigh of relief. The black couple inhales sharply; they see the police as a threat.

No surprise here. Blacks and whites see the same police through different lenses.

Pointing out the race’s different reactions is not an indictment of specific law enforcement members. With almost a million police officers in America, the odds are good that there will be a “few bad apples.” After all, there’s some corruption in the best of us; and some good in the worst of us.

It’s not an indictment of specific departments. Police departments vary in size, racial makeup, and training.

It is an indictment of the systemic thinking, programming, and methodology which has gone completely haywire.

So many wires crossed that in one Texas incident, a beige car turns red.

In 2014, law enforcement officials in Forney, Texas, had received a BOLO — on the lookout — for a beige or tan Toyota with four African-American males driving and showing a gun.

Instead, they pulled over Kametra Barbour in a red Nissan with four children. The kids were all under ten-years-old.

The only thing the occupants of the vehicles had in common — they were all black.

While it  took the police less than 60-seconds to realize they had stopped the wrong driver, that was still long enough to pull the kids from the car and telling them “raise your hands!”

Barbour was taken from the car and ordered to walk backward without being told why she was stopped. Then, she was shackled in front of the kids.

When the dash cam was released, NYC criminal lawyer told a local radio station, “it gets me furious again.”

Barbour’s chance meeting with the police is common. It could have been worse. The USAToday pointed to FBI data. Between 2005 and 2012, a black person had been killed by a — twice a week, every week.

The scenes of demonstrations following the murder of Michael Brown in Ferguson, Missouri are beginning to fade.

Images of militarized police roaming the neighborhoods in tanks and armed with tear gas and smoke many of the days of the civil rights and .

The killing of one unarmed teen is far from the sole example of the kind of state-approved bullying that makes rational people wonder if the cops are out of control.

Sandra Bland, 28, left her home in Chicago for rural southeast she was to start a new job as a student representative to the alumni association. Bland mentioned to friends the work was her “dream job.”

On July 13, Bland was found hanging by a sheet with a garbage bag around her neck in  Waller County Jail.

Bland had been busy and active as she condemned the deaths of African-Americans; killed by cops from Missouri to Staten Island. She made others aware, through Facebook, of the danger of cop killings as well as making videos condemning murder by law enforcement officials.

How someone can move from driving to a new job being found dead in jail — in just days — is hard to imagine for anyone: except blacks in Texas.

Apparently, driving while black can be a capital offense in Texas.

Across the country, there is a growing list of women to go with the Michael Browns, Eric Garners and others murdered by police:

The complete issue is best summarized by Senator Rand Paul, a Republican Congressman from Kentucky:

“If I had been told, as a teenager, to get out of the street, I may have smarted off. But I wouldn’t have expected to get shot.”

“There is a legitimate role for the police to keep the peace, but there is a difference between a police response and a militaristic response,” he added