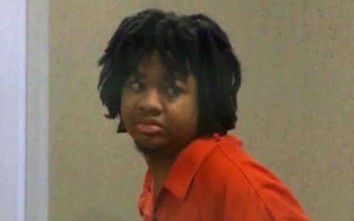 You’ve heard of Dylan Roof. You’ve (probably) never heard of Lakim Faust. That’s not surprising. America’s mainstream media tends to walk all over itself when a white male perpetuates a mass shooting. Listen to the same media outlets for news about a mass shooting when perpetrated by a black man, all one hears is crickets.

There appears to be a bias going on. Even the terms used to describe the two events are dissimilar.

A white man with a guy shoots down blacks, and it’s called a “mass shooting.”

A black man with a guy shoots down whites, and it’s called a “shooting spree.”

Many media outlets focused on mass shootings last year and noted that America had experienced an average of more than one a day.

Reddit’s mass shooting tracker defines ‘mass shooting’ as one in which four people are shot or killed in a single incident. The tracker uses news reports to create a database of events.

Lakim Faust was carrying over 100 rounds when he began shooting at people in a law firm and shopping center in June 2013. Faust picked out his victims because of their race.

The indictments a grand jury handed down included 14 charges — four of those were for attempted first-degree murder. The indictments didn’t say why Faust wanted to shoot white people.

Faust’s initial target was an insurance adjustor in a law firm’s parking lot. While the victim lay dying, Faust crisscrossed a five-lane freeway and blasted three more in a Walmart parking lot.

Three of the four wounded suffered permanent injuries. Faust, 23, was shot by police.

Found on computers and in documents seized from Faust’s home, apparently he had a plan for the shooting and wanted to shoot a “large number” of individuals.

Profile of the Perpetrator

Between 1982 and 2016, there have been 83 mass shootings in America. Forty-eight of those were by white shooters.

A study by Statista.com reinforce what Americans have long believed about mass shooters.

The high number of tragic shootings have led to a significant amount of attention focused on the profile of the individual perpetrators. A cursory look at the worst mass shootings in America suggest no common links other than the tendency to act in educational institutions and other high-traffic areas. A look at mass shootings by gender indicates a majority of mass shootings are done by men.

Mental health is also seen as a pattern. Analysis of the factors involved shows 48% of individuals surveyed felt the failure of the mental health order to identify those who present a danger to others. Attention has also been paid to influencing factors on the behavior of mass shooters. Surveys on violence in the media show many Americans place blame on that as well as the availability of illegal drugs.

Faust’s trial was scheduled for January 20, 2015. In October 2014 Faust cut a plea deal which made any trial moot.