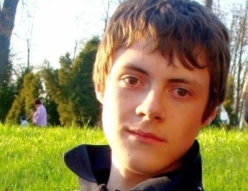 Dimitry Belorossov’s extradition is one that many countries are carefully watching, as they believe that it is kidnapping, rather than a legal process. Countries usually issue travel alerts for citizens who may be traveling to areas thought to be a threat because of political unrest, natural disasters or health scares. The Russian Foreign Ministry, though, recently issued a travel advisory of a different nature. The latest threat: the US justice system.

Dolgov highlighted several specific cases where Russian nationals were held on suspicious accusations. Dolgov passed on Moscow’s demand that America put an end to the practice which he termed “unacceptable,” and pointedly told the US representative that if the practice continues, Russia will respond in retaliation with similar measures.

Dolgov also reminded the US to stay within the guidelines of the 1999 US/Russian Mutual Legal Assistance Treaty if America thinks is has reason to presume Russians of criminal activity. Dolgov pointed to several recent extraditions in his statement.

The extradition of Dmitry Belorossov (who retained Bukh Law Firm) is one of the most visible extraditions which some countries are calling kidnappings. Moscow has been closely watching the events in the case of Belorossov who was detained by Spanish police as he was about to board a plane to return home to Russia.

At the request of American law enforcement, Belorossov was detained on August 17, 2013 at the Barcelona Airport. Belorossov had been accused of cyberhacking by the Americans. Unable to extradite Belorossov from Russia, with whom America does not have an extradition treaty, US law enforcement waited until Belorossov was in Spain and then moved to have him held for American authorities.

While the subject of extradition has always been a thorny issue between the US and Russia, it has become a greater issue in the last twelve months amidst the case of Edward Snowden. As Obama continued to call for Snowden’s return, Russia has used the situation to mention numerous extradition requests of its own that administration officials in America’s capital have made a habit of ignoring.Russia and The United States do not have an extradition treaty. This fact was driven home when Russia claimed it could not hand over Snowden from his hangout in the transit zone of an airport in Moscow.

Related articles across the web