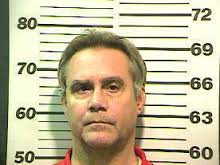 FBI agents arrested a 64-year-old lawyer Thursday on charges of distributing child pornography after executing a search warrant at his home in Saddle River on Thursday, authorities said.

Edward M. De Sear, a partner at the New York office of Allen & Overy, an international law firm, was charged with distributing at least three images of child pornography over a peer-to-peer file-sharing network on the Internet.

De Sear appeared in wrist and ankle shackles before U.S. Magistrate Judge Madeline Cox Arleo in federal court in Newark and was released on a $250,000 bond with electronic monitoring.

“Because De Sear had designated these child pornography files as shared files, he made the files available for downloading by, and thereby distributing to, his community of friends on the P2P network,” FBI agent Joshua Wilson said in the complaint.

Two of the images depicted men engaging in sexual acts with naked prepubescent boys. A 40-second video showed a young girl, her hands and legs bound with rope, being forced to perform a sex act on a man, according to the complaint.

During the search of his home, De Sear turned over a laptop computer and admitted to agents that he used it to download and share child pornography over the P2P network, the complaint said. He told agents he was the only person in his home who used the file-sharing network, and that he received sexual gratification from viewing child pornography, Wilson said.

The charge of distributing child pornography carries a mandatory minimum penalty of five years in prison.