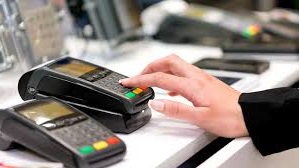 In an effort to fight credit card fraud, card issuers have spent between $200 and $800 million distributing new cards with embedded microchips. The goal is to establish a protocol for two-factor authentication and to prevent the mass collection and unlawful use of credit card numbers using skimmers.

Wired.com, however, suggests that these new cards are unlikely to have the desired effect because the majority of creditors are distributing chip ‘n’ signature cards instead of chip ‘n’ PIN cards. The chip and signature cards can be undermined easily, while the cards requiring the PIN have had a dramatic impact on reducing credit card fraud offenses.

Even as industry experts express concern about whether new smart chips will make a difference in reducing fraudulent card use in retail establishments, Internet Retailer is warning online sellers to expect a significant spike in online fraud.

Both Internet and in-person credit card fraud are serious criminal offenses, illegal under both New York state and federal law. Depending upon the value of the fraud crime and whether the state or federal government moves forward with charges, defendants could face lengthy prison sentences and a criminal record of a felony offense.

Those who commit computer fraud could be charged not just with credit card crimes, but also with violations of the federal Consumer Fraud and Abuse Act. A NY criminal defense lawyer experienced with credit card fraud should be consulted as soon as possible when accused of violating the law.

Each of the chips have a cryptographic key to authenticate the card and to generate a one-time use code. Since the code is good only for one individual transaction, stolen credit card numbers can no longer be embossed onto magnetic strips of random cards for the purposes of making fraudulent purchases.

Cards with EMV technology have reduced certain types of fraud by up to 67 percent where the cards are used in U.K. and in Canada. In other countries, however, the chipped cards require consumers to input a four digit PIN whenever they conduct a transaction.

In the United States, the cards are much less likely to be effective in bringing down fraud because many card issuers and many banks issuing debit cards are foregoing the required PIN. Instead, cardholders just use a signature for transactions like they did before.

Signatures are simple to forge and retailers don’t usually authenticate them, so stolen credit cards can still be used. A spokesman for the Retail Industry Leaders Association indicated that: “By not having the PIN, you’re only forcing them to figure out a way to get around the chip,” in order to commit fraud. Work is already being done on credit card skimmers to get around the new challenges presented by the chips.

No card security system is likely to ever eradicate fraud completely, especially when credit card companies choose not to use features like PINS that could provide more protections to consumers. Those who are accused of involvement with fraud offenses can expect aggressive prosecution as card issuers and retailers push for strict enforcement of anti-theft and anti-fraud laws. A New York defense lawyer at Bukh Law Firm, PLLC can represent you if prosecutors are trying to pursue a claim against you based on allegations of fraud offenses.