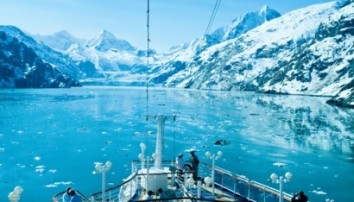 When Shell contractor, Noble Drilling, pleaded guilty in 2014 to 8 felony charges, the Judge said, “The victims are all of us because we have an interest in a clean environment.”

Prosecutors didn’t think so. In a press conference following the decision, prosecutors pointed out that while the fine and penalties Noble Drilling was handed were notable, the company has significant resources.

How Did We Get Here?

Noble Drilling, while under contract with Shell, broke environment laws in Alaska in 2012. The charges, which were settled in 2014, stemmed from numerous environmental and safety violations near Kodiak on New Year’s Even in 2012.

Noble attempted to side-step reporting laws and regulations around the disposal of waste-water as well as concealing those efforts from law enforcement.

For its part, Noble Drilling’s parent firm, Noble Corporation, tried to emphasize the “voluntary” nature of steps taken in response to the allegations.

“Concerns related to the Noble concern have been answered through the repair and modernization of the rig which happened as part of a comprehensive restoration program carried out in Singapore.”

“Besides the fines and other payments, Noble has been placed on corporate probation until 2018. During the probation, the company’s environmental compliance will be monitored,” U.S. Attorney Kevin Feldis said.

UPDATE:  According to New York City criminal lawyer Bukh, Noble still has not recovered from its significant legal troubles two years ago. In a recent story, OffShorePost reported Noble as confirming it is to stack four more of its offshore drilling units.  In other words, the drilling company is taking four additional rigs offline.

With the continued downturn in offshore drilling, early contract terminations and a demonstrated