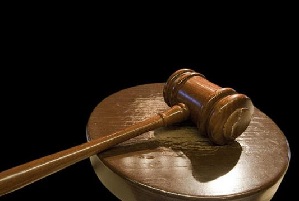 It is a longstanding principle that people should not be punished for bad thoughts, but only for bad actions. A person can think about breaking the law, but should only be charged with an offense when a step is taken towards violating the law as people cannot be punished for thought crimes.

There is, however, one possible exception to this rule: hate crimes. Hate crimes laws can muddle the clear distinction that exists between bad actions and bad thoughts by imposing additional punishments on defendants who allegedly are motivated by prejudice or personal beliefs. It is impossible to know what a defendant is actually thinking or what his motivations are, and yet hate crimes laws impose punishments above-and-beyond what a defendant would normally be charged with because his motives are inferred by his conduct.

Despite the potential problems with hate crimes laws, the laws exist in New York- and CBS News indicates that a man in the city has now been charged with a hate crime for allegedly making “hate-filled” comments about Muslims. The case raises questions of whether it is appropriate to impose serious criminal punishments on people for offensive words they say.

According to CBS News, a 26-year-old man was in a restaurant in Midtown manhattan when he got involved in an altercation. The man appeared to be drunk based on witness statements and surveillance video footage, which captured part of the incident.  The man allegedly struck a worker at the restaurant and was forced to leave. After his removal from the restaurant, he allegedly came back into the facility, picked up several chairs, tossed them into the food counter, and smashed the glass food case.

A man working behind the counter at the restaurant reported that the 26-year-old defendant was “harassing customers about their religious beliefs” before the defendant struck the worker in the head and called him a Muslim. The defendant also reportedly made a series of derogatory statements and used bad language about Muslims. The incident led to hate crimes charges, and CBS reports that hate crimes against Muslims are reportedly up 43 percent this year, as compared with last year.

Laws that criminalize hate crimes within New York are found in Article 485 of New York Penal Law. Hate crimes are defined to include situations where:

A defendant can be charged with a hate crime only when he commits specified offenses after choosing victims on the basis of his perceptions about the identity of his victim. These include assault offenses, menacing offenses, reckless endangerment crimes, stalking, sexual abuse, unlawful imprisonment, kidnapping, coercion, criminal trespass, burglary, criminal mischief, arson, larceny, robbery, strangulation, manslaughter, and murder.

Defendants who are facing more serious penalties due to accusations of a hate crime need to understand what their rights are and how to defend themselves against facing serious penalties for their alleged thoughts in choosing a victim. Contact a New York City criminal lawyer to learn more about defending against hate crimes charges.