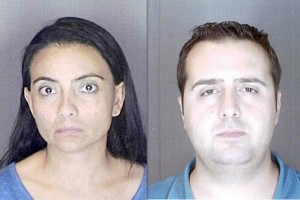 The East Hampton Village Police Department arrested two Riverhead residents on Thursday on charges of making terrorist threats against the Jewish Center of the Hamptons.

Mr. and Ms. Dincer were both wanted for questioning in relation to the threats, which police said had taken place over several months, but they had left the country early in the summer.

The case originated when threats were sent in writing to the Jewish Center of the Hamptons, which were turned over to local police. East Hampton Village Police then coordinated their investigation and the identification of the suspects with detectives from the Suffolk County Police Department and the New York State Police working with the Joint Terrorism Task Force.

Police did not reveal the nature of the threats.

East Hampton Village Chief of Police Gerard Larsen confirmed Friday that the two were arraigned at the East Hampton Town Justice Court by Justice Steven Tekulsky earlier that afternoon and bail was set at $50,000 for each.