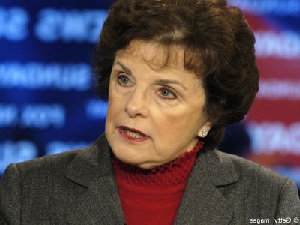 Well the year isn’t officially over yet, but I thought I better do this before everybody goes on vacation, including me. So without further ado, here are the Drug Law Blog Top 10 stories from 2006. Some of these got covered on this blog. Some didn’t. But they’re all related to the basic issues with which this blog is concerned.

10. The Chicago Museum of Science and Technology Hosts a Bizarre Pro-Drug War Propaganda Exhibit for the DEA and Attempts to Silence Protestors. I’m still trying to figure out what this “Target: America” exhibit was about. It seemed to be an  attempt to link the use of drugs to terrorism, including the 9/11 attack on the World Trade Center, that somehow found its way into an otherwise respectable museum, giving a black eye to the folks running the place and drawing the derision of the blogosphere as well as some mainstream press sources,including the Washington Post and Chicago Tribune. Pete Guither, who writes the great blog Drug WarRant, actually went so far as to organize a peaceful leafleting protest outside the museum, and was corralled by museum staff into a “safe zone” that effectively made it impossible for him to contact any actual patrons of the museum. All in all, an  embarrassing move by the Museum of Science and Technology.

(Above: Pete Guither of Drug WarRant attempts to protest the Chicago Museum of Science and Technology’s Target: America exhibit after being herded into a “safe zone” by the museum staff. Below: One of the displays from the exhibit, featuring wreckage from the World Trade Center.)

9. Merck Delivers The Smackdown to Plaintiffs’ Attorneys in Vioxx Litigation, Absolutely Refusing to Settle and Winning More Than It Loses. This was an example of an absolutely ferocious civil litigation strategy that appears to have paid off for a pharmaceutical manufacturer. Of 16 trials that were set to go, juries had decided in Merck’s favor in seven cases, five cases were dismissed, and Merck lost in four. Because 2006 was the year when the verdicts really started coming in (although a couple occurred in late 2005), Vioxx was arguably the year’s biggest drug safety story. (If you don’t count tobacco.)  Merck wasn’t handing out any settlements toanybody. This Law.com piece called Merck’s strategy “The most prominent example of defense intransigence right now.” And that’s the kind of thing that gives you civil lawyers nightmares or shivers of delight, depending on who pays your billable hours.

8. Mexico Decides to Decriminalize Recreational Drugs! And Then Changes Its Mind! Another odd moment in 2006 occurred when the Mexican legislature passed a bill that would have decriminalized possession of small amounts of most recreational drugs, including things like cocaine, marijuana, heroin and so forth. Then-President Vicente Fox reportedly said he was going to sign the bill in early May. Then, just days later, Fox announced that he was not going to sign the bill after all. The New York Times reported that representatives from the U.S. State Department had met with the Mexican ambassador in Washington before this decision was made, but it was never entirely clear what exactly had changed Fox’s mind.

FOX
7. The United States Gets Tough on Methamphetamine By Locking Up All Its Cold Medicine, Forcing Tweakers To Import Speed From Mexico Instead and Messing Up the Formula For Nyquil. In March, President Bush signed the renewal of the Patriot Act, which included the Combat Methamphetamine Act. As a result of that piece of legislation, drugs like Sudafed that contain pseudoephedrine, which can be used to make methamphetamine, had to be put behind the counter of pharmacies. The result is that domestic meth production has indeed fallen, but much of the slack has been taken up by skyrocketing production of meth south of the border. Not only that: they changed the formula in Nyquil to take out the pseudoephedrine so they wouldn’t have to put it behind the counter! As the blog The Consumerist noted: “Nyquil has ditched the decongestant pseudoephedrine in favor of phenylephrine and doxylamine succinate. Neither apparently works as effectively as the pseudoephedrine, either on a sick person’s nose, or in the crusty coffee machine carafe of the apocryphal neighborhood meth cooker.”

(Below: CA Senator Dianne Feinstein. She, along with Senator Jim Talent, authored the Combat Meth Act.)

6. Andrew Von Eschenbach Allows Plan B Achieve Over-The-Counter Status And Then Is Confirmed as FDA Head.Politics swirled around the FDA as Senators Hillary Clinton and Patty Murray essentially held the nomination of Andrew Von Eschenbach hostage until he ended the FDA’s refusal to grant over-the-counter status to Plan B. Now Eschenbach has been confirmed and Plan B has OTC status.

5. FDA Issues a “4/20” Declaration On Medical Marijuana. In what seemed like an inside joke, the FDA chose April 20th — that is, 4/20, a seeming nod to marijuana users around the world  —  to issue a statement reasserting its position on the merits of medical marijuana: namely, that medical marijuana can not be a legitimate form of medicine because it is smoked.