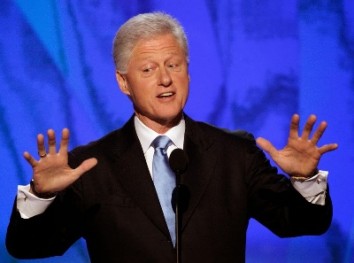 In 1994, President Bill Clinton signed an omnibus crime bill into law.  The bill included a “three strikes” provision at the federal level, which imposed a mandatory life sentence for a criminal convicted of a violent felony after having two prior convictions.  These two prior convictions could be for a huge variety of different crimes, including drug crimes.

Now, President Bill Clinton has come out and admitted that this law was a major contributing factor in leading to mass incarceration within the United States.  Three strikes rules do not allow leeway for judges and can result in defendants being jailed for the rest of their lives even with a minor criminal past.  Like mandatory minimum sentencing laws, three strikes rules mean that the only opportunity for defendants to protect their future is to avoid conviction.

If you are charged with a criminal offense that carries a mandatory minimum prison sentence or if you are being charged with a serious crime and have past convictions, it is imperative you get legal help. Bukh Law Firm, PLLC provides legal representation to clients facing serious state or federal criminal charges. Our attorneys will work hard to help you get charges reduced to escape mandatory minimums or three strikes triggers and we will provide you with aggressive representation to try to avoid any conviction whenever possible.

According to CNN, both Bill and Hillary Clinton spoke out in favor of the three-strikes rule as part of the Omnibus Crime bill when the law was passed in the 1990s.  Hillary Clinton said at the time that the three strikes rule would keep violent offenders “locked up so they could never get out again.”

Since 1994, more than two decades of applying federal and state three strikes rules have demonstrated the gross unfairness of blanket provisions like this one. Bill Clinton believes the problem comes from the fact that the law “cast too wide a net,” and resulted in so many people being imprisoned that there was no money left to educate or train people so they could find gainful employment once they left incarceration.

The Clintons are among the growing number of politicians on both the right and the left calling for reform of federal sentencing rules.  States have also begun to take action to soften their own three strikes laws, or even to eliminate them entirely.

California had a particularly strict three strikes law passed by ballot initiative in 1994, which the New York Times indicated had led to people facing life in prison for stealing work gloves or passing a bad check. In 2012, the law was changed to preserve the three strikes concept but apply it only when the third felony was a serious one.  This brought the law closer to the standard applied in other jurisdictions and on the federal level, but still keeps the potentially unfair three-strikes rules in place.

New York has its own three-strikes law, but in April of 2010, a three-judge panel of the Second Circuit Court of appeals held that the state’s three-strikes sentencing provisions were a violation of the Sixth Amendment guarantee of the right to trial by jury.

Some have argued that both three strikes provisions as well as any type of mandatory minimums sentencing are also unconstitutional, yet NY continues to apply minimum sentencing requirements for certain offenses.

Both mandatory minimums and three strikes laws come out of the same tough on crime politics that past advocates are now condemning. Hopefully more leaders will see the error of their support for draconian criminal sentencing laws and will recognize that imposing harsh penalties does nothing more than making serious offenders out of people who commit minor crimes.

If you are charged and facing serious penalties, you need to defend yourself. Get help from a NY criminal defense lawyer at Bukh Law Firm, PLLC.