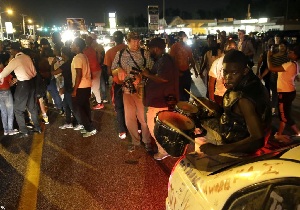 The Third Circuit issued a reasonable ruling Monday in a really terrifying case called Couden v. Duffy (No. 04-1732). The case concerns a 2001 drug bust gone wrong in Newark, Delaware, in which FBI and local police, with guns drawn, chased a mom and her teenage kids, threw a flashlight through the window of the mom’s car as she tried to escape with four of her kids in the backseat, threw one of the boys to the ground, maced him and handcuffed him. Can you guess what happens next?

Later that evening, [the officers] spoke to [the mother] and explained that a surveillance team was working undercover in the neighborhood, and that they had mistakenly assumed that [the boy they threw to the ground] was the fugitive whom they were seeking. [One of the officers] also admitted to [the mother] that he had seen the children in the back seet when he approached her vehicle.

Oops! The family sued the various government agencies involved, of course. But the district court granted 12(b)(6) motions with regard to all the defendants, including granting sua sponte motions to a city and its police department.

The Third Circuit reversed, finding that the qualified immunity analysis carried out by the district court in evaluating the motion to dismiss had incorrectly adopted the government’s version of the facts, rather than that of the plaintiffs. Taking the record as it should be evaluated on 12(b)(6), the Third Circuit said, the government conduct “gave rise to an unconstitutional seizure under the Fourth Amendment.”

Interestingly, however, the court upheld the warrantless search of the family home on the grounds that the mother’s efforts to escape from the officers had given rise to reasonable suspicion.