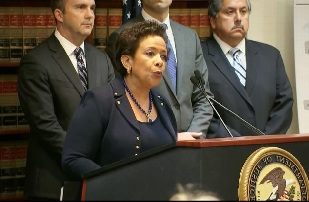 Not sure what prompted it, but the New York Times yesterday had an Opinion piece calling for the Department of Justice to “set a national example” by engaging in open file discovery.

Noting that the Senator Stevens case prompted a Department wide review of policies related to the disclosure of Brady evidence (evidence favorable to the accused for the purpose of impeachment, guilt/innocence, or mitigation of sentence), the Times concludes that the Department’s policies did not go far enough.

In that respect, we have the local case of Hung Ly and the mysterious Dr. Arthur Jordan playing out before us now. The government has now abandoned Dr. Jordan as a witness, whose acts are chronicled here and here, since the trial judge ruled that Dr. Jordan’s misdeeds can be exposed to the jury. By the way, sometimes it takes courage for a prosecutor to do the right thing and kudos to the local AUSA, long time prosecutor Joseph D. Newman, who had the good sense to provide the investigative file related to Dr. Jordan to the defense.

Esteemed Miami lawyer, Roy Black, whose work outed Dr. Jordan, isn’t surprised that the government is now running from him as a witness. (The work Roy did in battling the government vis-à-vis Dr. Jordan was done under seal because the government didn’t want to expose their witness to the light of the courtroom). Says Roy -“the government will never call [Dr.] Jordan as a witness again, anywhere.” Let’s see what the Department will do now to correct the injustice of Dr. Jordan’s earlier, sanitized testimony?

As the New York Times notes, “In both the federal and state court systems, it is essential that rules about disclosing evidence be followed in ways that promote justice. An open-files policy would come closer to meeting this important standard.” That goal can not legitimately be opposed by the Department of Justice.