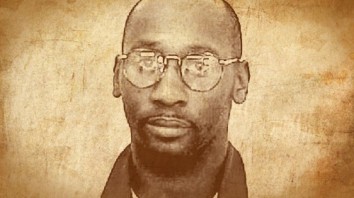 ATLANTA (AP) — A death row inmate who has drawn international headlines with claims that he is innocent of killing a Savannah police officer is scheduled to be executed later this month, Georgia authorities said Wednesday. Troy Davis, who is on death row for gunning down a Savannah police officer in 1989, is scheduled to die Sept. 23. Davis contends he should be granted a new trial after several witnesses who testified against him have recanted their statements. The execution order was signed by Georgia Attorney General Thurbert Baker six months after the Georgia Supreme Court narrowly denied his request for a new trial. An appeal has been filed to the U.S. Supreme Court, but the court is not scheduled to discuss the case until days after the impending execution.

The state’s decision drew a sharp rebuke from Amnesty International, a human rights group that has worked to draw media and public attention to the case.”We’re shocked and appalled that the attorney general short-circuited justice by setting an execution before letting the Supreme Court weigh in,” said Jared Feuer, the group’s southern regional director. Davis was convicted of the 1989 murder of 27-year-old officer Mark MacPhail, who was working off-duty as a security guard at a bus station.

MacPhail had rushed to help a homeless man who had been pistol-whipped at a nearby parking lot, and when he approached Davis and two other men, he was shot in the face and the chest.Witnesses identified Davis as the shooter. A jury convicted him in 1991 and sentenced him to death. At the trial, prosecutors said he wore a “smirk on his face” as he fired the gun, according to records. But Davis’ lawyers say new evidence could exonerate their client and prove that he was a victim of mistaken identity. Several witnesses who initially testified against Davis have since recanted or contradicted their testimony. And three others who did not testify have said another man, Sylvester “Red” Coles — who testified against Davis at the trial — confessed to the killing. Coles refused to talk about the case when contacted by The Associated Press during a 2007 Chatham County court appearance on an unrelated traffic charge, and he has no listed phone number.

Prosecutors have called the witness statements “suspect,” and contended in court hearings the case is closed. They also say some of the witness affidavits simply repeat what a trial jury has already heard, while others are irrelevant because they come from witnesses who never testified.Davis was one day away from being put to death July 2007 when the state Board of Pardons and Paroles issued a stay of execution. The state’s top court rejected Davis’ appeal in March and a plea to reconsider the ruling in April by identical 4-3 votes. The Supreme Court is scheduled to discuss whether to hear the case at a Sept. 29 conference.

The Attorney General’s office said the state does not need to wait for the Supreme Court to act, and that Davis has already completed “the regular appeal track.” Davis supporters, meanwhile, urge the Supreme Court to stay the execution until it can consider the case.”We would hope the U.S. Supreme Court would grant a stay to allow their decision to be issued,” said Feuer. “And I do have to say we are absolutely shocked that the attorney general would not allow legal avenues to be pursued.”