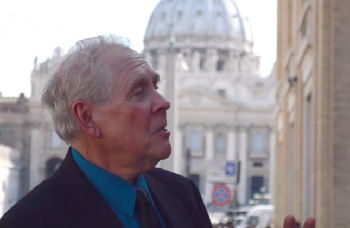 A Long Island foster care house of horrors is in the spotlight now. An accused predator took in boys, over the course of two decades, and subjected many of them to abuse.

The spotlight has shone elsewhere — many elsewheres. Maybe nowhere is the tsunami felt more than when exploitation is discovered within the religious world.

Sexual abuse by the pastors, rabbis, priets and other members of the clergy, is a significant ethical dilemma for the church. No church has avoided the bright spotlight. Incidents like that of Frederick Johnson, pastor of the Baptist Church, Newburg, – not his real name or location – where six women filed formal complaints on the minister. Johnson’s behavior involved contact with church employees as well as those he counseling. Other charges including abuse of the ministerial profession, verbal intimidation and rape were soon to come.

These incidents have become common — all too prevalent. A good deal of research over the previous ten-years support Lloyd Rediger‘s research that shows 10 percent of ministers are chargeable with misconduct and an additional 14 percent approach the line daily.

Besides the amount of clergies involved, many individuals are duped by pastoral wrongdoing. Donovan violated approximately 40 members. A increasing group of survivors formed to give victim assistance and to pursue action against clergy exploitation.

Through many conversations in his field, psychologist Peter Rutter has shown the light on the power dynamics frequently at practice in abusive and harmful relationships. The association with power makes wrongdoing largely a male predicament in America. Rutter estimates 95 percent of exploitation by specialists is by a male who betrays a female’s trust.

Rutter describes as “the forbidden zone” as any connection that happens within the structure of trust. Clergy misbehavior involves any interaction or action meant to arouse prurient interest.

Stanley Grenz and Roy Bell, seminary professors, say that misbehavior in the ministry is a treason of confidence that runs in opposte ways simultaneously.

First, misconduct is a breach of a divine physical trust. Second, it is a contravention of a power trust.

Sexual exploitation typically happens in an environment where silence is enforced. The silence is sustained not just by the members but similarly by some who are not willing to break the prescribed restriction. The leader of an group for victims of ministry degradation writes that the first response of officials is to shut the victim up and hide the abuse. A huge step in piercing the silence is to learn how prevalent the problem is.

Scope of Abuse by the Clergy

Church members and the general community have long believed priests are characters of uprightness, worthy of esteem. The truth is the status of spiritual guides, from King David to Jim Bakker, has been painted with scandal. Many ministers start their pastorate with good purposes. When faced with temptation, some stumble. When they drop, they harm others as they land abruptly.

Abuse by the clergy is nothing new. The Old Testament tells the story of Eli’s sons. First Samuel 2:2 says the sons “lay with the women who served at the entrance to the tent of meeting. Even during the first century of Christianity, Paul warning church leaders about the dangers inherent in sin. The scandal had reached such proportions that no less than early church leaders like Jerome, and Augustine instructed pastors about misconduct.

Today, the circumstances are acute for Roman Catholics. The Roman Catholic church has lost almost 25 percent of their priests to and marital intentions. Protestants aren’t innocent, and one study reported ministers were taking advantage of their members; twice the percentage of secular helpers.

Contemporary research reflects the number of clerical abuse. In 1984, 12.5 percent had participated in intercourse with members and 38% had admitted improper conduct.

Once the scale of the difficulty is grasped, the next move is to comprehend the reality of the offense. When a male minister exploits his office for personal pleasure, whether apparently naive insinuations, offensive harassment or actual contact.

When sex is practiced externally the framework of matrimony, it carries meaning; just not what God meant. Extramarital sex lacks the absolute dedication and becomes an expression of self-gratification and exploitation. Outside of the marriage covenant, relations act to negate the designated purpose of the act. intercourse becomes bonding without commitment and a false declaration about the real depth of the relationship.

For the pastor who is married, the fundamental commitment is to marital faithfulness. For the single minister, fidelity begins with an essential commitment to chastity before marriage. Many have tried to paint a positive face on extramarital activities, but any contact beyond the limits of marriage violate the marriage bond and is adultery.

Each incident of pastoral repulsiveness also is a deception of credence in the power balance. One writer calls the problem as “less about sensuality and more about power. Only when the balance of control is accepted, can the mission stop joining in rejection and become a place of genuine power and restoration,” writes Pamela Cooper-White.

Each pastor is a figure of moral right. By way of the pastor’s office, the minister explains religious certainty and the purpose of life. Add to that situation the pastor’s power as a clergyman, and the unique power a priest holds, are realized.

In ministerial counseling, a female carries into the conversation her private, injured and vulnerable nature. Frequently, the issues are intimately attached to her sexuality. Regardless of the the reason of her pain, she reaches to her pastor looking for approval, self-worth and sensitive assistance. What she needs is healing.

A unique band of trust forms between she and her minister. Often, that will lead to increased openness which brings further openness. Peter Rutter says that even a female with a strong understanding of bounds ends defending those boundaries so that her emotional being may be observed and perceived by the healer. Driven by his wants, a pastor may easily lead this connection into the sphere, exploring his “healing”.

While this situation illustrates the common circumstances in clergy exploitation, what of the moments that a congregant begins the connection. Or if the affair comes through shared assent? Most male pastors have confronted alluring behavior in members who are unbalanced.

Acknowledging these circumstances do happen, most observers assert that any connection connecting ministers and congregants is an exploitation of power. Whatever the situation, any conduct by a person in power is exploitive of the congregant’s trust. Even if the congregant initiates the scenario, the minister is not relieved from his pastoral responsibilities.

Sexual misconduct takes many forms before the ultimate violation of rape. Pastoral abuse begins with actions or comments meant to arouse sensual excitement. When pastoral control is utilized to intimidate, the consequences are disastrous.

What kind of pastor becomes linked with a congregant? A Newsweek piece provides a portrait of the pastor who roams. Regularly middle-aged, disenchanted with his vocation and ignoring his marriage, he is also often secluded from his ministerial associates.

A person, working as God’s agent, who is proactive in seeking an opportunity to abuse women .

Not violent nor premeditative in abuse, the wanderer is a helpless and incompetent person and becomes sexually, as well as through their emotions, connected with a counselee.

A pastor who opens the forbidden zone with a church member. The spiritual caretaker becomes captivated with a member of the flock and is motivated not by the need to subdue or the need to master personal shortcomings. Bachelor or married, the lover knows a connection with a church member is evil and tries to defend against unseemly conduct.

The moral dilemma is multi-faceted. Knowing the issue is important, but it is just the beginning.