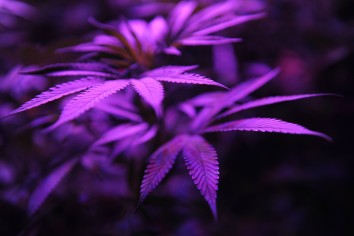 Jonthan Caulkins has a post up at Cato Unbound today responding to the essay on responsible psychoactive use I noted yesterday. It’s a defense of the status quo around drug law, but it’s quite thoughtful. Even so, I don’t think Caulkins is making a sincere effort to consider the alternatives to prohibition.

He notes that “the challenge is not in criticizing prohibition, but designing something better,” which is certainly a fair point to make. He then goes on to suggest that perhaps the Erowid “principles for responsible psychoactive use” are not a viable alternative to prohibition, but that if these principles could be used in “taming the rather considerable problems with legal alcohol, then I would take more seriously claims about the Principles’ universal efficacy with respect to all psychoactives.”

First of all, the Erowid founders never suggested that their principles for psychoactive use — which include ideas such as “Check in with peers and family and accept feedback about one’s use” — were somehow intended to be a substitute for any sort of legal regulation. Rather, the principles are simply guidelines around individual decision-making, which can co-exist with legal structures. Expecting such guidelines to do the work of law and regulation would be silly, and Caulkins is being unfair if he is seriously suggesting that that’s what he thought was being asserted.

More importantly, however, the regulated market around alcohol provides a very good example of the way the “problems” with a drug can be reduced by moving away from a prohibition model and toward a regulated market.  Some of the most dramatic “problems” this country ever had around alcohol were those caused by the passage of the 18th Amendment, and they included intense gang violence, police corruption, adulterated and unsafe liquor, discriminatory policing that targeted poor people and minorities, and overcrowded jails and prisons.

The role of alcohol in creating those types of problems was dramatically reduced by the repeal of prohibition and the creation of a regulated market around alcohol. Alcohol still creates serious health problems for Americans, just as it did during prohibition, but the regulatory structure around alcohol is no longer tearing apart our society.

When Caulkins suggests that there are no good alternatives to prohibition — and when he holds up the “principles of responsible psychoactive use” as a sort of strawman example of such an alternative — he’s simply chosing not to engage seriously with the concrete, real-world possibilities that are already being used for drug control around drugs like alcohol, tobacco and prescription and over-the-counter drugs. He’s also ignoring existing alternative models for regulated use of now “illegal” drugs, such as the coffeeshop model of the Netherlands and the “safe injection facilities” used in countries such as Switzerland. Finally, he’s ignoring the way users of legal recreational drugs such as salvia divinorum and dextromethorphan already regulate their own behavior with no societal intervention at all.

In short, Caulkins is exactly right to say that the challenge is in designing alternatives to prohibition. It’s clear, however, that he isn’t even attempting to seriously consider the broad range of possibilities for rising to that challenge.