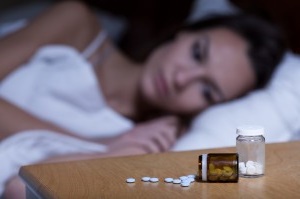 A North Carolina woman charged in four arson blazes has suggested that Ambien may have caused her behavior: “Her lawyer said she has been taking the prescription sleep aid, Ambien, periodically for the past several years. He said that may have been a factor in the crime.”

That defense seems unlikely to succeed because the womanalso told detectives “I don’t know why I did it, I guess I’m just a fruitcake.”

Ambien, of course, was the sleep-aid drug that Rep. Kennedy blamed for his recent auto accident.  Reports suggest that some people who take it have experienced unusual activity in their sleep, like sleep-eating and sleep-driving. This is definitely the first claim I’ve seen regarding sleep-arson.