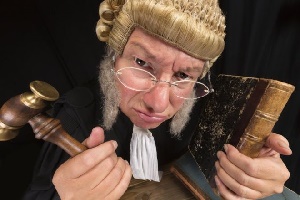 As the chair of the local bar’s computer and technology committee, I often get questions about computers, software and other things.  Here are a few of my recommendations for the trial lawyer.

Computer – I would go with a lightweight laptop over about anything.  Portability is key.  I use a Dell Latitude D400.  Although, if you are really on the cutting edge you may want to wait a month and see what the Microsoft Origami project is all about.  It is supposed to be released on 3-9-06.