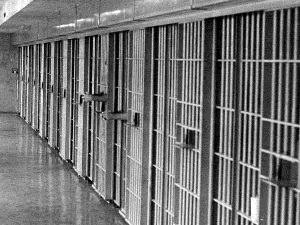 In many states, the death penalty decision is left to the jury and not to the trial judge. Because of this, Florida’s death penalty law has now been declared unconstitutional by the Supreme Court.

The US Supreme Court stated that aggravating circumstances must be taken into account before reaching such a verdict and a jury should do this. This is also supported by the 6th Amendment that states that a jury and not a judge is necessary to impose a sentence of death. Just a mere recommendation to the trial judge is not adequate, wrote Sonia Sotomayor for the US supreme courts 8-1 majority.

This ruling must be of some relief to Timothy Lee Hurst, who was convicted nearly 28 years ago for the death of a co-worker. Now his case goes back to the lower courts where it will be decided whether he will live or not. Time is in favor of Timothy Lee- so many years have passed that emotions of the victim’s family have subsided. However, no matter what the jury decides in his case, he will not be going home.

There are about 400 inmates on Florida’s death row but it is not known in how many of these cases the sentence was imposed by the judge. If so, these death sentences will be void and a new jury will have to determine the penalty phase.

The question that Florida will be asking the Supreme Court is whether this law applies to all retroactive cases and since when? Surely trying to adjust the penalty phase in cases more than a decade old are going to be a nightmare for Florida.

One thing is assured; almost every inmate who has been sentenced to death will challenge the constitutionality of Florida’s death sentence. This will not only buy more time for them but will also waste more taxpayer money.

On the other hand, families of victims say they would rather not go over the ordeal of a trial again. Many of the families have been waiting years for justice and now they face another setback with the US Supreme Court ruling.  It remains to be seen what Florida will do with its backlog of death sentence cases.