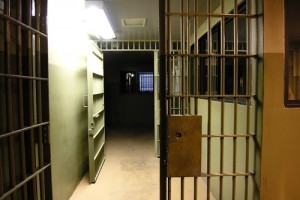 The U.S. Supreme Court recently addressed the roles of two entities that often have a substantial impact on the sentence actually served by a federal criminal defendant—state courts and the Federal Bureau of Prisons (BOP). District court judges have discretion to impose sentences that are either consecutive to or concurrent with a federal sentence that is being imposed at the same time or a federal or state sentence that was imposed earlier. But do district judges have that same discretion with respect to a sentence that has not yet been imposed? In Setser v. United States, No. 10-7387 (S.Ct. March 28, 2012), the Supreme Court answered that question in the affirmative, but with some practical qualification.

In a relatively common scenario, defendant was arrested on state drug charges while he was already on probation for another state drug offense. The state authorities charged the new offense and also moved to revoke defendant’s probation. Then the feds piled on, charging defendant based on the new offense conduct. The federal case came up for sentencing first, and the district court imposed a 151-month sentence—the top of defendant’s Sentencing Guidelines range. The judge ordered that this sentence be concurrent with defendant’s anticipated state court sentence on the new charge, but consecutive to the one to be imposed upon the revocation of his state court probation. While defendant’s appeal from his federal sentence was pending, the state court imposed a five-year term on the probation violation and a 10-year term on the new state charge, but complicated matters substantially by making those sentences concurrent with one another.

In his federal appeal defendant argued that district judges don’t have the discretion to impose sentences that run consecutively to a sentence that has not yet been imposed; according to defendant, in those situations it is the BOP that should make the call once the later sentence has been imposed, based on what would then be “complete information.” In the U.S. Supreme Court the government agreed, and the Court appointed a lawyer to argue in defense of the ruling below as amicus curiae. Although the government and defendant took the same position, they both lost . . . sort of.

Justice Antonin Scalia’s opinion for a 6-3 majority finds him in full statutory construction mode. The Court first considered 18 U.S.C. § 3584(a), part of the Sentencing Reform Act of 1984. That subsection addresses the imposition of sentences that are consecutive to or concurrent with those that are “imposed at the same time” or that a defendant is “already subject to.” Although the statute says nothing about future sentences, the Court declined to read that silence to imply any limitation on discretion, rejecting application of the hoary maxim expressio unius est exclusio alterius. It also rejected defendant’s and the government’s argument that the consecutive-or-concurrent issue with respect to future sentences should be resolved by the BOP after the later sentence is imposed, when the BOP would have before it all the necessary information to carry out the federal sentencing court’s intent. The Court felt that doing so would allocate too much of the district court’s sentencing authority to the BOP, which is, after all, an arm of the U.S. Department of Justice.

The Court also considered defendant’s argument that his federal sentence had become impossible to administer once the state court imposed its subsequent sentences concurrently to each other. The Court seemed sympathetic to the notion that the state court had complicated things by imposing concurrent sentences based on distinct conduct, but held that this problem did not undermine the federal sentence, which was lawful at the time it was imposed. Importantly, though, the Court left defendant an out when it went on to suggest that he could still take up the issue with the BOP, “which ultimately has to determine how long the District Court’s sentence authorizes it to continue [defendant’s] confinement.”

The Court observed that defendant could ask the BOP to credit his time served on the concurrent state sentences, and that if the BOP refused he could pursue administrative review and ultimately seek a writ of habeas corpus (a proceeding that might, it should be noted, take place before the same federal judge that had sentenced him). In that way the Court recognized that problems could arise when a later-sentencing court does not get it, but pointed the way to allowing the BOP to make sure the federal sentence works as intended without limiting district court discretion up front. In the end, then, the issue could be left to the BOP after all—or possibly returned to the federal sentencing court.

Although the Court rejected defendant’s and the government’s position, it thus acknowledged that the BOP may have the last word anyway. Indeed, it is telling that both the government and defendant favored letting BOP decide how long defendant would actually serve. As most incarcerated defendants soon learn, once a sentence has been imposed, the BOP has far more to say about the place, conditions, and even the length of confinement, than the sentencing judge does. While judges can recommend a particular facility or admission into certain educational or rehabilitation programs, the BOP’s implementation of those recommendations is far from certain. Recent experience of federal criminal practitioners indicates, for example, that defendants are sent to, or even near, a federal institution recommended by the sentencing judge less than half the time.

Because it is the BOP that actually bears the responsibility of keeping and caring for more than 200,000 prisoners, and of doing so largely out of the public eye and within budgetary and constitutional constraints, it often brings a more practical perspective to a prisoner’s situation than do other branches and agencies of the government. The same might be said for state judges and correctional systems facing budget deficits. State prison populations have actually fallen in the past year in most states (although, oddly, not in Illinois, which finds its government teetering on default). Is this a tacit recognition that we cannot afford to keep so many in prison?

While lengthy sentences and mandatory minimums may be popular with elected officials, don’t be surprised to see additional discretion given to the BOP to allow for earlier release, along the lines of the early release programs some states have instituted to cut costs (though perhaps with a lower public profile). Setser did not on its face endorse a greater role for BOP, but the costs of keeping prisoners for historically lengthy sentences suggests it may well happen.