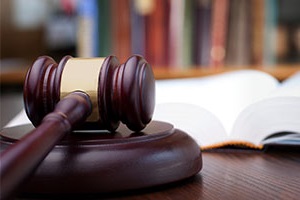 In 1975, a nephew of the late Robert F. Kennedy was believed to be a suspect in a gruesome killing

Over forty years later, Michael Skakel’s attorney is claiming his client did not get a fair trial. Skakel, convicted in 2002 in the death of 15-year old Martha Moxley was sentenced to 20 years to life but was released, in 2013, after 11 years when a judge ruled that his attorney had not provided an adequate defense.

On Wednesday, state prosecutors argued that Skakel, now 55, did not deserve a new trial and that his conviction should be reinstated. Skakel’s attorneys contended that his 2013 release should stand.

How long after a crime can law enforcement come after you, arrest you and put you on trial? The answer is simple: it depends.

Commit murder and the charges will hang over you until you’ve gone to court and found guilty or innocent — unless you die first.

Other than that, some situations do run into the statute of limitations rule.

Bill Cosby’s accusers are facing a deadline in which to bring charges against the American actor. According to legal experts, allegations of sexual assault against Cosby are unlikely to ever see the inside of an American courtroom — either criminal or civil. The reason? The relevant statutes of limitations have largely much run out.

Arizona artist, Barbara Bowman, told the Washington Post, that Cosby “drugged and raped” her during an encounter in New York. Since the alleged incidents were more than five years ago, even if an investigation turned up enough evidence, prosecutors would be barred from bringing any charges, other than the most severe. If no criminal charges are ever filed, then the opportunity to file a civil suit has passed as well.

Statutes of limitations are laws pass in common law systems to set the maximum time after an event when legal proceedings can be begun against the accused. When the time limit, as spelled out in legislation, passes, a claim can no longer be filed.

The intention of the law is to facilitate resolution in a reasonable length of time.

The purpose, and effect, of the statutes, are to protect defendants. There are three reasons the laws exist:

The period of limitation commonly begins when the plaintiff’s cause of action occurs, or they become aware of a previous injury.