A South Korean couple was convicted today of abandoning their baby to die while they let their Internet addiction take over their life. 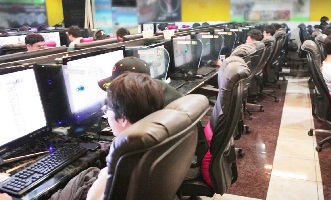 Prosecutors at South Korea’s Suwon District Court ended up with a two-year sentence for father Kim Jae-beom, 41, and a suspended sentence for mother Kim Yun-jeong, 25, who is expecting another baby this August.

The unmarried couple found their malnourished newborn daughter dead last September after returning home from an all-night Internet gaming session. Their three-month-old daughter, who was born prematurely at 6.4 pounds, was found to weigh only 5.5 pounds at the time of her death.

“This constitutes an inhumane crime where the defendants abandoned even the most basic responsibilities as parents, and is unforgivable beyond any excuse or reason,” said Suwon District Court officials in their ruling.

The prosecution stated in an affidavit that the couple was prone to frequently participating in long-term gaming sessions at Internet cafes, while only feeding the baby once a day.

“The defendants’ prematurely born daughter needed constant care, but they did not feed the baby and even beat her, while indulging in online games,” the ruling further stated.

While the original trial was held in March, the defense worked to have the sentencing delayed while a psychological review was made on the mother. Ultimately her sentence was suspended due to her current pregnancy, and she’s able to stay out of jail as long as she complies with a court-ordered plan.

The case has acted as a spotlight on South Korea’s Internet addiction problems. The country features some of the most highly-wired broadband services, with an estimated 21,500 high-speed Internet cafes spread around the nation of 49 million people.

Last October, officials cracked down Internet addiction, putting into place regulations on three of the country’s biggest game operators that require a “shutdown” system that would encourage users to log off after a certain period of time.