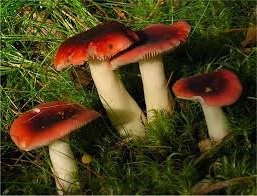 A subscription-only article that ran this week on the website Lawyers USA quotes several legal experts who say they think Bausch & Lomb will settle quickly in lawsuits related to ReNu with MoistureLoc, the now-withdrawn contact lens solution that had been causing serious fungal infections in some users.

The article quotes Paul J. Pennock, a partner with Weitz & Luxenberg in New York who is representing several plaintiffs in suits against Bausch & Lomb, who says the following: “It’s not that big of an exposure now, but if you start defending it, it could mushroom out of control, both in terms of defense costs and adverse jury verdicts. … If they’re getting good advice, I think they’re going to get their arms around this pretty quickly. “

“The company will need to assess the potential universe of claims and types of claims — for example, any viable medical monitoring claims — and statute of limitations issues prior to determining an appropriate strategy regarding settlement issues,” she said.

A third lawyer offers a related theory: that B&L will “take a bunch of plaintiffs’ depositions and try to develop an algorithm of questions that will allow them to foster a defense. They may even try a couple of these cases.”

I still think that the scenario spelled out by Pennock is correct. This blog argued earlier that “high stakes coutroom dramas are probably something [Bausch & Lomb] will try to avoid,” because the company’s corporate identity is so fundamentally linked to the idea of protecting eye health and because the PR costs of going to trial (probably) outweigh the cost of settling. Whatever the eventual outcome of these cases, though, it’s interesting to note that the headlines have been fairly silent on ReNu for several weeks now. Somebody seems to be doing something right in terms of managing fallout from a really serious mistake.