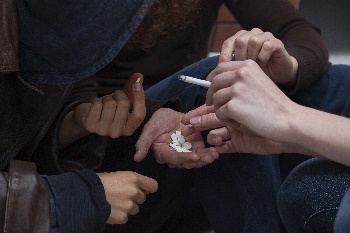 Many times when legislators speak about the need to criminalize the hallucinogenic plant salvia divinorum, they cite the risk that somebody could drive when under its influence, a scenario that suggests that salvia is dangerous even if people normally just sit around in their living room while they use it and don’t harm anyone. (See, e.g., this article from Wisconsin,this one from Ohio [“if they try and drive a car or walk down steps, it could be trouble”], this one from California [“The main concern of opponents to the drug is what people might do while they’re hallucinating  —  get in a car, for example”]

Now, it’s not impossible that somebody might actually do this, and might hurt somebody as a result. People can be pretty foolish, so we may well see a story one of these days about somebody trying to drive down the freeway while having a full blown, incapacitating psychedelic meltdown under the influence of salvia.

However, as far as I’ve seen, it hasn’t actually happened yet, and it actually seems to be a pretty extreme scenario upon which to base criminal law.

Contrast that with the situation around sleep-aid drugs like Ambien, which don’t simply pose a remote or speculative risk that some moron will use them and get behind the wheel: they pose the actual, empirically documented risk that people will use them and then, involuntarily, wake up in the middle of the night and “sleep drive” around town in a semi-stupor. This risk is so clear and so well established that the FDA issued a press release about this specific issue in March 2007, requesting a change to the labeling of sedative-hypnotic drugs such as Ambien to reflect the possibility of “complex sleep-related behaviors, which may include sleep-driving.”

Should we criminalize Ambien because of this risk? Probably not. And today on Fox News there’s a discussion of the safety of sleep aids in which one can read the following:

Such serious cases have occurred since these sleeping aids have been on the market, but they are more exposed by the media today, said Dr. Thomas Schwartz, associate professor of psychiatry at SUNY Upstate Medical Center in Syracuse, N.Y.

“We have known about these isolated cases of sleep driving, etc.,” he said. “The effect is the same if we went out and consumed too much alcohol. Overuse of alcohol may cause a blackout, which may be similar to the amnesia that modern day sleeping pills cause. Patients should be warned, but not scared out of taking an appropriate medication.”

In some situations, then, we seem to be able to acknowledge as a society that a moderate level of risk is something we can tolerate — and this is the reasonable position, because there is no way to eliminate all risk from life, no matter how tightly we try to control behavior. When it comes to drugs that are primarily “recreational” in nature, however, the tendency is to treat even extremely remote or speculative risks as decisive factors in shaping policy. There may be a reason to do this, but it doesn’t have anything to do with safety.