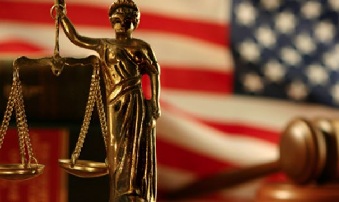 As reported in the Atlanta Journal-Constitution and the Associated Press, closing arguments have started in the terrorism trial of Atlanta area native and former Georgia Tech student Ehsanul Islam Sadequee. Sadequee is representing himself and will present his own closing argument.

Sadequee called only two witnesses in his defense before resting his case, including his older sister, Sharanika Sonali Sadequee. Sadequee told the Court that he did not want to testify in his defense. His sister testified that he was quiet, inquisitive and nonviolent and had traveled to Bangladesh to marry his long-time love. The government contends that the trip was actually a cover for Sadequee’s alleged plan to attend a terrorist training camp. Sharanika Sadequee testified that her brother has been prohibited from discussing certain subjects in the trial, including his arrest in Bangladesh, which she called a kidnapping, and an attack on Sadequee by another inmate while he has been in custody. Sadequee’s mother prayed in the courtroom throughout the proceedings.

U.S. District Court Judge William S. Duffey, Jr., scolded Sadequee for attempting to introduce his wedding photographs into evidence at the last minute. The Judge denied Sadequee’s motion for acquittal and ruled that there was sufficient evidence to take the case to the jury on all four counts. The jury will begin deliberations later today.