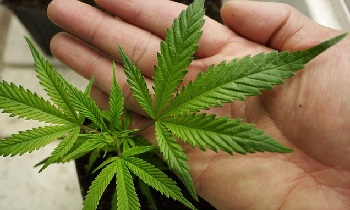 For the cannabis advocates, Facebook has just announced that it will delete any page that makes reference to selling this agent. The reason- Facebook acknowledges that selling cannabis is a federal crime and they do not want to be held accountable by the authorities for allowing such pages to exist on their website.

This is not a new Facebook policy at all but for some unknown reason this agenda was pushed forward after the removal of several medical marijuana dispensaries in the State of New Jersey. However, Facebook says that removal will only occur when users flag the web-pages. The company states that the decision will be made on a case by case review. Any page that violates community standards will be deleted- what “community standards” mean has not been explained.

Facebook’s decision to start deleting cannabis related pages has been met with approval by some people, including former presidential drug policy adviser Kevin Sabet. He states that it is about time Facebook start to do something about the marijuana business pages. Sabet feels that there are hundreds of websites that advertise illegal marijuana sales like sodas, vaginal suppositories and pot candles and make outrageous claims about their health benefits.

There is a general feeling that perhaps the Federal Government and its current policies on marijuana may have had something to do with this push to get rid of marijuana web-pages from Facebook or perhaps Facebook may have come under legal pressure from groups like the DEA or FDA. It is very possible that Facebook may have felt that marijuana ads could be considered as interstate commerce and could trigger legal problems in future but so far Facebook has been mum on what prompted it to remove the cannabis pages. Whatever the case, the tide has shifted against the growing marijuana movement.

The Marijuana proponents are not happy with this latest action by Facebook insisting as to why it is okay to advertise alcohol on Facebook but not permit medical marijuana for cancer?

For all consumers who may be caught up in the marijuana hype, it is important to know that possession for marijuana for any other reason other than research is still a federal crime. Even though several states do allow medical marijuana, the federal government has not yet approved it for medicinal purposes.

What remains to be seen is what the future president will do with regard to marijuana use in medicine. So far all the presidential candidates have stated that they would leave it up to each of the states to make their own rules.