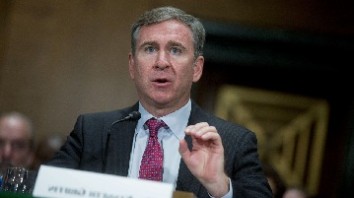 A recurring and vexing issue has arisen again recently in my practice: can an (unlicensed) individual assist a public company in identifying sources of financing without the parties running afoul of the broker-dealer registration requirement under Section 3(a)(4) and 15(a)(1) of the Exchange Act?

The relevant authorities on the issue appear nothing short of schizophrenic. On the one hand, there seems to be a general acknowledgement that finders perform a positive function, providing access to capital for small cap companies that are not yet ready for (or attractive to) primetime players. As noted by the American Bar Association Task Force on Private Placement Broker-Dealers (Task Force), finders “fill a void created by the lack of interest on the part of licensed brokerage firms and venture capital funds in smaller equity transactions.” And courts that have confronted the issue head-on have unequivocally ruled that a finder—so long as his involvement is appropriately limited—may serve as an introducing party and receive percentage-based compensation without being considered a broker.

Consider, for example, Foundation Ventures LLC v. F2G Ltd., 2010 WL 3187294 (S.D.N.Y. 2010), in which plaintiff sued for breach of a contract that required it to “identify qualified institutional investor candidates to provide equity financing to F2G,” in exchange for a “success fee” equal to 6 percent of the investment amount. Defendant argued that the contract was void and unenforceable because plaintiff had agreed to act as a broker-dealer but had failed to comply with the registration requirement under Section 15(a)(1) of the Securities Exchange Act of 1934.

In rejecting that claim, the court carefully delineated the factors that bear on the issue, and expressly held that “neither the Contract nor FV’s performance pursuant to it is illegal as a matter of law.” The court noted that plaintiff did not conduct negotiations. It also stated that the fact that plaintiff was supposed to receive a commission rather than a salary was not sufficient for the court to conclude that it had acted as a broker. See also DeHuff v. Digital Ally, Inc., 2009 WL 4908581 (S.D. Miss. Dec. 11, 2009) (discussing “certain limited circumstances in which a person or entity – a finder – may perform a narrow scope of activities without triggering broker/dealer registration requirements” where the finder brings the parties together with no involvement on his part in negotiating the price or any of the other terms of the transaction”) (citing Cornhusker Energy Lexington LLC v. Prospect Street Ventures, 2006 WL 2620985 (D. Neb. Sept.12, 2006) & Mike Bantuveris, 1975 SEC No-act. LEXIS 2158 (Oct. 23, 1975)). See also SEC v. Kramer, 2011 WL 1230808 (M.D. Fla. Apr. 1, 2011) (where the defendant did “nothing more than bring[] parties together,” held that receipt of transaction-based compensation was not, alone, sufficient to require broker-dealer registration); Salamon v. Teleplus Enterprises Inc., 2008 WL 2277094 (D.N.J. June 2, 2008) (where consultant was to receive a finder’s fee of 10 percent of amounts funding received by Teleplus, court noted the “finders’ exception” to the broker-dealer registration requirement and denied defendant’s motion for summary judgment); Hazen & Markham, Broker Dealer Operations at § 3:5.

On the other hand, various commentators continue to suggest that anyone who receives transaction-based compensation based on the introduction of an investor will be considered a broker, and that the use of such an individual places the company and its financing in peril. See, e.g., Using Finders to Assist in Financings Can Impose Significant Risks, Insight, Volume 25, No. 6, June 2011. Those opinions are generally predicated on the SEC’s responses to No Action Letters as opposed to judicial decisions.

This dichotomy led the Task Force to acknowledge that “there exists a major disconnect between the various laws and regulations applicable to securities brokerage activities, and the methods and practices actually in daily use by which the vast majority of capital is raised to fund early stage businesses in the United States.” Report and Recommendation, ABA Task Force on Private Placement Broker Dealers, Business Lawyer, May 2005.

Cries for a clear resolution of the issue—perhaps a “broker-lite” kind of registration—have gone unheeded by the regulators, and there is no indication that the matter will be addressed any time soon, even as the current sluggish economy could plainly benefit from the availability of alternative financing. In the meantime, I am involved in a matter in which a company sorely in need of funding rejected the involvement of a finder because there “might” be a problem down the road. In my view, a kneejerk rejection of the involvement of a finder is simply unsupported by existing authority, and a more productive course would have been to carefully circumscribe the participation of the finder to comport with the holdings in Foundation Ventures and Kramer.