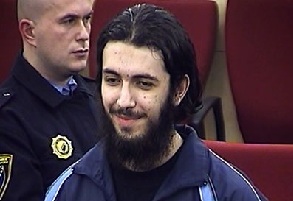 We closely followed the trial of Syed Haris Ahmed, who was convicted for providing material support to terrorism in early June–all of our posts may be found here. The trial of Ahmed’s alleged co-conspirator, Ehsanul Islam Sadequee on terrorism charges began yesterday in the U.S. District Court for the Northern District of Georgia. Sadequee has apparently taken a page from Ahmed, who delivered a highly unusual closing argument in his own case, and has opted to represent himself and will present his own opening statements, according to the Atlanta Journal-Constitution. Sadequee has opted for a jury trial unlike his alleged co-conspirator, who was tried by the same judge, the Honorable William S. Duffey. The parties completed jury selection yesterday.

Sadequee, who is nicknamed “Shifa,” was born in Virginia in 1986, and is of Bangladeshi descent. He and Ahmed are most infamously accused of videotaping landmarks in Washington, D.C., in April of 2005, for purposes of terrorism, including the United States Capitol and the headquarters building of the World Bank. It is also alleged that Sadequee and Ahmed engaged in paramilitary training in North Georgia; met with a circle of terrorists in Toronto, Canada, in February of 2005; and sent the video of the alleged targets to Younis Tsouli, a terrorist in the United Kingdom.