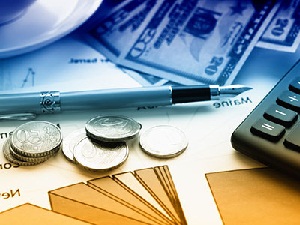 In Gabelli v. SEC, the SEC sought civil penalties against the chief operating officer and a portfolio manager of an investment advisor to a mutual fund. The SEC alleged that they had allowed an investor to engage in “market timing” in exchange for an investment in a hedge fund fund run by their employer. The SEC’s view was that this conduct aided and abetted violations of the Investment Advisers Act. The defendants moved to dismiss the case successfully, arguing that the five-year statute of limitations had run before the suit was filed, because the market timing had ended in August 2002, but the suit was not filed until April 2008. The trial court granted the motion to dismiss, but the Second Circuit had reversed that decision.

While it was clear that five years had expired from the time the claim accrued, the SEC had successfully persuaded the Court of Appeals to apply the “discovery rule,” which creates an exception to the statute of limitations for claims that are not deemed to accrue until the claim is discovered, or could have been discovered with reasonable diligence. That discovery rule arose in the 18th century based on the recognition that where a defendant’s conduct may prevent a plaintiff from even knowing that he has been defrauded. That is, it had been deemed to apply and to extend the statute of limitations in cases where a plaintiff had been injured by fraud, but remained in ignorance of the injury without any fault or lack of diligence on its part.

The Supreme Court distinguished the situations where the discovery rule has been applied, as being situations where a plaintiff was only seeking recompense for the actual injury, not penalties for engaging in the action. The discovery rule serves to protect those who do not ordinarily exist to investigate potential fraud; however, the SEC’s mission is to investigate potential violations of the federal securities laws, and it has plenty of resources to do so. The Court reiterated earlier opinions which state that it would be “utterly repugnant” if the government’s actions seeking penalties could be brought “at any distance of time” after the alleged wrongdoing.

The Court noted that there are instances in which the government does benefit from an explicit statutory discovery rule, for example, government suits for money damages founded on contracts or torts, 28 U.S.C. 2415, 241(c), and the False Claims Act, 31 U.S.C. 3731(b)(2). But, in those instances the statutes provide some attempt to identify the government official whose knowledge is relevant to the discovery of the fraud.

Truthfully, the False Claims Act is unclear in revealing who the responsible United States official charged with responsibility to act really is. And, lower courts have struggled with making that determination. But, here, at least, the Supreme Court does a good job of refusing to suspend a statute of limitations for causes not mentioned in the statute itself.