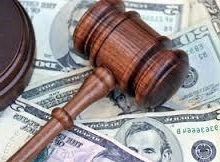 On May 20, the Securities and Exchange Commission charged James Putman the top executive at Wealth Management, LLC, an Appleton, Wisc.-based investment advisor, who was past president of the National Association of Personal Financial Advisors, with accepting $2 million in kickbacks on client investment pools. The company’s former president and chief investment officer, Simone Fevola, was also charged.

Filed in the U.S. District Court of Eastern Wisconsin, the civil suit alleged that Putman and Fevola breached fiduciary duties by placing their clients into investments not suited for them. The regulator also accuses the pair of fraud, saying they misrepresented the safety and values of client assets. The company has been placed into receivership, and its assets, as well as client investment pools, have been frozen.

Putman served as president of NAPFA from 1996 to 1997 term, but is no longer a member of the non-profit industry organization, said NAPFA chairwoman Diahann Lassus, co-owner of Lassus Wherley, a fee-based financial advisory firm in New Providence, N.J.

“While we are disappointed with the action taken by the SEC, we will continue to work cooperatively with them and anticipate a prompt and favorable resolution of these issues either through discussions with the SEC or the judicial process,” according to a statement from Putman released today. “I offer my sincere apologies to Wealth Management clients and staff for the concern and controversy this is causing.”

Putman also said the company had been working with the SEC on regulatory reporting requirements for the past 10 months.

From May 2003 through August 2008, the SEC alleges, Putman and Fevola each accepted $1.24 million in undisclosed payments to steer clients into illiquid investments, which violated fiduciary practices, said Robert Burson, a senior associate director of the SEC’s Chicago regional office. After their customers asked for low-risk, income-generating products, Wealth Management, used about $102 million of their money to fund real estate projects and viatical settlements, which are personal loans secured by life insurance policies, Burson said. The SEC is still investigating the situation.

But Wealth Management, which serves high-net-worth clients, may also have committed fraud when it overstated the values of the investment pools and when it collected management fees and paid out redemptions based on those inflated numbers, criminal attorney alleges. According to Wealth Management’s ADV statement, the company maintains custody of client assets. By press time Tuesday morning, was not clear whether the firm faces criminal fraud charges.

Wealth Management’s alleged wrongdoings fall against a backdrop of debate on the future role of financial market regulators, but it is not clear whether the incident will add to calls for reform. “The reality is that this situation, in comparison to the Madoff scheme, and many other things that have happened out there, is very small,” Lassus said. That the company had custody of client assets could raise red flags, because if the company were making direct investments in alternative products, clients would not have had the benefit of an outside custodian tracking the values of those investments, she said.

If Putman’s membership in NAPFA was current, the situation would have been turned over to the organization’s ethics committee, and he ultimately could have been banned.