Science Magazine Editor in Chief Donald Kennedy published an editorial Friday taking aim at the DC Circuit’s recent decision in Abigail Alliance v. Eschenbach. In Abigail Alliance, the court said that mentally competent, terminally ill individuals have a due process right to access medication that is safe enough for testing on human subjects.

Kennedy says that the court in that case “invented a new patient right: one asserting that if you’re terminally ill and have tried everything else, the government cannot interfere with your right to an unapproved therapy.” Additionally, he suggests that the issues in Abigail Alliance were really just a rehash of U.S. v. Rutherford, a 1979 case in which the Supreme Court unanimously rejected the right of terminally ill patients to use the unapproved drug Laetrile. Laetrile had not passed Phase I testing, unlike the drugs in Abigail Alliance, but Kennedy argues that that distinction shouldn’t matter: “Phase I testing simply seeks to determine appropriate dosage ranges; it does not establish safety.”

Kennedy knows more about science than I do and as a former FDA commissioner he is certainly more familiar with the FDA’s regulatory regime than I am, but I don’t think he’s necessarily right about the law.

Specifically, I don’t think it’s accurate to suggest that the right to preserve one’s own life is “new” or that the DC circuit “invented” that right. As the attorneys for Angel Raich point out in their brief  before the Ninth Circuit 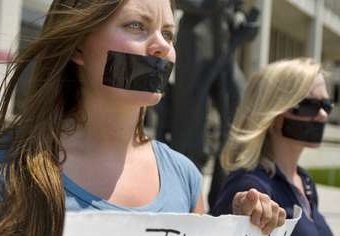 in the case of Gonzales v. Raich, “The doctrine of necessity has been anciently woven into the fabric of our culture. It traditionally covered the situation where physical forces beyond the actor’s control rendered illegal conduct the lesser of two evils and the actor had no reasonable, legal alternative to violating the law” (quotations and citations omitted).

Really, the question posed by cases like Abigail Alliance and Raich is not whether an individual has a right to protect his or her life. The question is whether the state’s interest in regulating drugs through the FDA is sufficiently strong that it outweighs that individual right. The answer to that question depends on the facts in a given case, and it also depends on the credibility of the FDA in asserting that its drug classifications are meaningful. It may have been a compelling argument back in 1979 to argue that total deference to the FDA was necessary to prevent “self-styled panaceas that inventive minds can devise” from coming on the market. But today, with the FDA making decisions on issues like Plan B and medical marijuana that are obviously powerfully influenced by politics, the FDA has less credibility as an agency that is acting in the public interest on the basis of science. And the notion that the FDA is somehow “protecting” terminally ill individuals who have no other alternatives by denying them drugs that might otherwise save their lives is really just a byproduct of bureaucratic self-delusion. It was wrong in 1979, and it’s still wrong today.