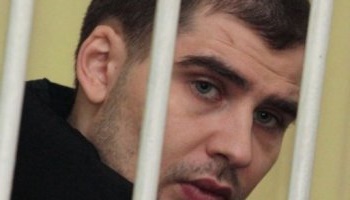 Russia’s jailing of a peaceful opposition activist for violating the country’s new law on public assemblies is a shocking and cynical attack on freedom of expression, Amnesty International said today.

Ildar was sentenced to three years in jail by a Moscow court for repeated anti-government street protests. He is the first person to be jailed using the law, which was introduced in 2014 and punishes repeated breaches of public assembly rules.

“This cynical move shows that compared to the drawn out criminal proceedings against peaceful protesters in the past, the authorities have now created a shortcut for imprisoning activists. It is more dangerous to be a peaceful activist in Russia than at any time in recent years.”

The recent changes to Russia’s draconian law on public assemblies criminalize anyone found to have violated the law more than twice within 180 days.

A solitary violation of the law, for example peacefully gathering without the authorities’ express prior permission, is punishable by a fine or up to 15 days’ administrative detention. Three such violations result in a criminal punishable by up to five years’ imprisonment.

Ildar Dadin’s first violation was protesting against the conviction of activists from the so-called Bolotnaya demonstration 7 May 2012 in Moscow, for which he was detained.

He has since been either fined or detained four times for similar “”.

He has been under house arrest since 30 January 2015, when his last 15-day administrative detention sentence expired, and was only allowed to leave home to attend court hearings. Following today’s sentencing, he was taken into custody.

“It is deeply disturbing that the Russian authorities have ‘legalized’ their own human rights violations and are now actively putting this into practice,” said John Dalhuisen.

“Ildar must be immediately and unconditionally released and Russia must repeal this repressive and unjust law.”