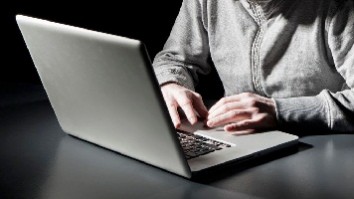 Knoxvillenews.com has been intensively covering and elsewhere the trial of David C. Kernell, son of Tennessee State Representative Mike Kernell of Memphis and former University of Tennessee student, who was charged in the U.S. District Court for the Eastern District of Tennessee with hacking into the electronic mail account of former Governor of Alaska and Vice Presidential candidate Sarah Palin in 2008. The jury received the case today, and is still deliberating. The trial began last  week.

Kernell, 22, is charged with guessing the answers to various security questions to gain access to Palin’s Yahoo! e-mail account shortly after she was chosen to be Arizona Senator John McCain’s running mate during the 2008 U.S. presidential campaign. Screenshots, pictures and a new password for the e-mail account were then posted on the website 4Chan. Ten other individuals in the U.S. and abroad proceeded to access the account more than 70 times.

Kernell, who was a 20 year-old economics major at the time, was charged identity theft and other offenses. Palin herself testified on Friday, and her daughter, Bristol Palin, testified last week. Kernell did not testify.

Assistant U.S. Attorney Greg Weddle argued to the jury yesterday that Kernell intended to do something malicious from the beginning. Authorities seizing Kernell’s computer found a New York Times article questioning whether Palin was using private e-mail accounts for government business. Assistant U.S. Attorney Mark Krotoski quoted Kernell’s message on the 4Chan discussion board: “’I’m not going to ruin someone’s life’ but I’ll give you the key, the pass(word).” Weddle cited Kernell’s statement to persons who posted the information for him on the website 4Chan “make me proud.”

Kernell’s attorneys defended that Kernell did not believe that such a high-profile public figure could use such a poorly protected e-mail account. They argued to the jury that Kernell only used information available in newspaper articles and from the official state of Alaska website, and that what Kernell did was stupid and closer to a prank than a crime.