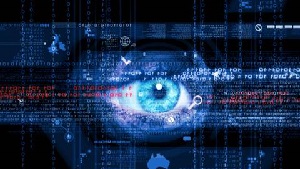 The leader in a global ticket-scam group was sent to prison Wednesday for four to twelve years. Prosecutors said he could have used his “high aptitude” for something other than misconduct.

Vadim Polyakov managed a group which was able to enter over 1,000 StubHub accounts. Next, along with cohorts, they would use the seized information to buy over 3,500 e-tickets to music productions and sporting events.

Even Prosecutor David Neeman called Polyakov as “intelligent and learned.”

“I am certain there were many chances for him to earn money legitimately– within the boundaries of the law,” the Assistant District Attorney said.

“Instead, he opted to use his knowledge and finesse to run a worldwide money laundering plot — for over a year and took in over a million bucks.”

Arkady Bukh, Polyakov’s defense attorney, spoke for his client and said Polyakov is apologetic and had “suffered a lot” while he waited for the day of reckoning.

Polyakov’s  arrest in 2014 couldn’t happen at a worse time.  Picked up outside his hotel in Salou, Spain, Polyakov found himself caught as the Obama administration highlighted a digial cold war between America and Russia.

American officials continue to refuse to confirm or deny reports of Russian hackers being behind sophisticated attacks on computer systems at the White House and State Department. Some reports point to the idea of cyber operating on instructions from Russia’s government; allegations were pushed aside by an assistant to Russian President Putin. “Blaming Russia has shifted to entertainment for some when it deals with cyber crime,” said the spokesman.

Tom Chapman, a manager with the cyber operations group EdgeWave, said, “Russian hackers are among the best in the world. They realize the strength of their cyber capabilities and are willing to use them.”

U.S. law enforcement has been stonewalled in their attempts to pursue cybercriminals in Russia. America’s best alternative has been to begin indictments and expect their targets to make blunders including traveling to nations with extradition agreements with America.

While Polyakov was being detained in Spain, Russia called his imminent extradition an unlawful application of American laws to a Russian citizen.

“The Polyakov case is a common theme,” said Bukh. “Polyakov is one of many Russian citizens America has succeeded in catching in similar circumstances in recent years.”

In July, Russian legislator, Valery Seleznyov challenged the American government for abducting his son, Roman Seleznyov after law enforcement in the Maldives caught the younger Seleznyov at the Male International Airport at America’s behest.

“Secret Service handlers rushed Mr. Seleznyov to a special jet as he was embarking on a plane to Moscow,” said Bukh. “They flew Seleznyov to Guam, held him there for a few days and then took him to Seattle.”