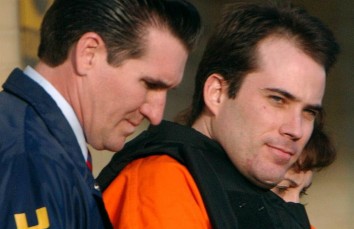 Accused serial bomber Eric Robert Rudolph will avoid a possible death sentence by pleading guilty to a string of attacks in Alabama and Georgia, including a deadly blast during the 1996 Olympics, the U.S. Justice Department announced Friday.

Rudolph, 38, will be sentenced to life in prison without the possibility of parole in exchange for guilty pleas to all charges against him.

As part of the deal, Rudolph told investigators where in western North Carolina he had stashed explosives, which were found and destroyed, the Justice Department said.

The survivor of one bombing called the deal disappointing, and the family of another victim said it accepted the agreement reluctantly. The deal drew mixed reactions from former federal prosecutors.

According to the Justice Department, Rudolph will enter his first guilty plea Wednesday morning in Birmingham, Alabama, where jury selection began this week for what was to have been his trial in the January 1998 bombing of a women’s clinic.

NY defense attorney notes Rudolph will then be transferred to Atlanta, Georgia, where he will plead guilty to the attack at a concert in Centennial Olympic Park during the 1996 Olympics; two bombings an hour apart at a suburban women’s clinic in January 1997; and a bombing at a lesbian nightclub in February that same year.

The clinics in Atlanta and in Birmingham both performed abortions.

The Olympic Park bombing July 27, 1996, killed Alice Hawthorne, 44, an Albany, Georgia, woman, and wounded more than 100 others, including her teenage daughter. Another 11 people were wounded in the 1997 Atlanta attacks.

The Birmingham blast killed Robert Sanderson, 35, an off-duty police officer guarding the New Woman All Women Clinic, and maimed a nurse, Emily Lyons, who was 41 at the time.

Lyons, who lost an eye in the bombing, said she and her husband were “extremely disappointed” by the agreement.

“We felt that the crime fit the punishment of death,” she told CNN. But she added, “We knew it was the best choice to protect others.”

Lyons said she was about to have her 20th operation to remove shrapnel from her face and neck, and could have to undergo many more surgeries.

Lyons said she would want to ask Rudolph, “How could you do something like this and why?”