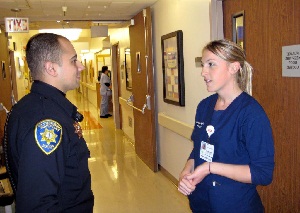 The requirement is enshrined in the Prevention and Combating of Corrupt Activities Act, 2004 Chapter 7, Section 34 of which states, inter alia, that any person who holds a position of authority and who knows or ought to have reasonably known or suspected that another person has committed the offence against Chapter 2 of the Act (offences in respect of corrupt activities) or the offence of theft (my italics), fraud, extortion, forgery or uttering a forged document involving an amount of R100,000 or more must report such knowledge or suspicion or cause it to be reported to any police official. And get this: failure to report carries a maximum penalty of ten years imprisonment or a fine if the case is heard in the High Court, or in a Magistrate’s Court 3 years imprisonment or a fine.
The Act defines a person of authority as:

· The Director-General or head, or equivalent officer, of a national or provincial department
· A municipal manager appointed in terms of section 82 of the of the Local Government and Municipal Structures Act, 1998
· Any public officer in the senior management service of a public body
· Any head, rector or principal of a tertiary institution
· The manager, secretary, or a director of a company as defined in the Companies Act, and includes a member of a close corporation as defined in the Close Corporation act
· The executive manager of a bank or any other financial institution
· Any partner in a partnership
· Any person who has been appointed CEO or an equivalent officer of any agency, authority, board, commission, committee, corporation, council, department, entity, financial institution, foundation, fund, institute, service, or any other organisation, whether established by legislation, contract, or any other legal means
· Any other person who is responsible for the overall management and control of a business of an employer
· Any person described above who is in an acting capacity.
It can be seen from the above that the spectrum is wide and most managers reading this will recognise their position in the list.
The Act also specifies that any policemen receiving a report must issue a receipt in writing for it. This receipt is obviously an important document and should be guarded with care. It follows that if a person of authority as defined above submits a report to a superior to cause it to be reported to a police official, the person reporting is well advised to obtain a written receipt for his/her report.
I would also like to draw attention to the phrase “ought to have reasonably known or suspected”. The Act defines this to mean that if the conclusions that a person ought to have reached are those which should have been reached by a reasonably diligent and vigilant person having both the general knowledge, skill, training and experience that may be expected of a person in his or her position; and the general knowledge, skill, training and experience that he or she in fact has, then the person ought to have reasonably known or suspected.
The fact that the offence of theft is included in this particular Act together with a maximum penalty of life imprisonment for many of the offences listed in the legislation is a clear illustration of the seriousness of the Government’s intentions. Although the Act is relatively new and it is not yet backed by case law, it is extremely comprehensive and unambiguous. Certainly my advice to persons of authority is to take heed of the reporting requirements, for I would not wish the dubious pleasure of time in our prisons on anyone.