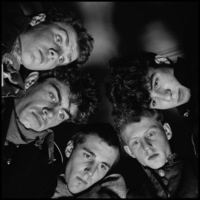 I was joking with another attorney the other day that I learned political theory from Fugazi, and it’s at least partly true. It was actually sort of a cross between Fugazi and the Frankfurt School.

Anyway, this old video won’t mean much to anybody who isn’t already a fan of this band — in fact, my wife just walked by and said “that’s terrible!” — but Fugazi were a powerful group. It’s funny, in retrospect, to go from being a fan of a band like this to being an advocate for drug policy reform. But Fugazi tried to create art, not lectures, and one can take the message of “Repeater” in many different ways. Does this tune condemn repeat criminal offenders, or does it critique the criminal justice system, or is it perhaps a metaphor for something else entirely?

The only thing that’s clear is that it’s pretty damn loud.