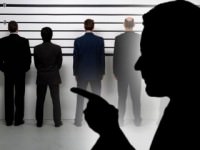 The Ferguson, Missouri shooting incident of 18 year old Michael Brown by Ferguson, Missouri Police Officer Darren Wilson reflects that eyewitness testimony varies among eyewitnesses and may not always be reliable. One explanation offered by the St. Louis County Prosecuting Attorney Robert McCulloch regarding testimony of an eyewitness to the case is that the person really believed they saw something that they did not actually see. For over 3 years, scientific researchers have wondered about the reliability of eyewitnesses to crimes. What they have found is that that the human memory can be faulty because witnesses fill in gaps in their memories with what they may hear from others, including television, other media sources, friends, families and other eyewitnesses as well as with assumptions.

Researchers at Yale University School of Medicine and others have found in their studies that stress occurring at crime scenes play a major factor in reducing eyewitness memory accuracy. Then there is also the question of whether a confident witness at trial can be considered more reliable than one that is less confident. Schmechel, O’toole, Easterly & Loftus (2006) found in their research a weak correlation between confident and non-confident eyewitness identification accuracy. In other words, eyewitnesses who are more confident have a slightly better rate of accurate identifications than those who are weak eyewitnesses.

Other factors such as eyesight, lighting, length of viewing time, quality, whether weapons were used and police procedures in investing eyewitnesses had more influence on the accuracy of eyewitnesses. Other studies have found that police officers are better able to provide reliable testimony because they are less susceptible to misinformation after the crime has occurred. Due to numerous cases of wrongful convictions based on inaccurate eyewitness testimony flawed, many police agencies have put into place new eyewitness procedures. While many people have been exonerated with DNA evidence, very few jurisdictions provide jurors with the research about eyewitness testimony unreliability. Judges and prosecutors as well as defense attorneys need better understandings of the flaws associated with eyewitness testimony. Of course, the defendant does have the opportunity to testify on his or her behalf and to discredit any eyewitness testimony.