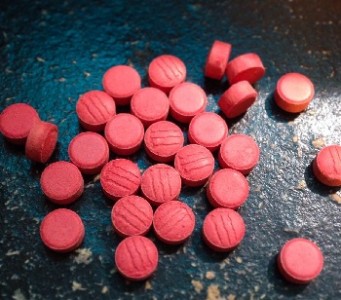 In a little blow for sanity, the en banc Ninth Circuit Court of Appeals on Friday overturned the decision in Redding v. Safford United School District that had previously concluded there was no Fourth Amendment violation when school officials strip searched a 13-year-old middle school student who was believed to have been carrying ibuprophen.

The en banc panel here concluded both that a Fourth Amendment violation did indeed occur.  Perhaps the most interesting “drug law” aspect of the case is the following point:

We reject Safford’s effort to lump together these run-ofthe- mill anti-inflammatory pills with the evocative term “prescription drugs,” in a knowing effort to shield an imprudent strip search of a young girl behind a larger war against drugs. Contrary to Judge Hawkins’s assertion, we are not “implicitly express[ing] disagreement” with the Safford Middle School’s policy J-3050. Rather, we are following T.L.O.’s dictate to evaluate whether a search is “excessively intrusive in light of the . . . nature of the infraction.” T.L.O., 469 U.S. at 342. Nothing in the record provides any evidence that the school officials were concerned in this case about controlled substances violative of state or federal law. No legal decision cited to us or that we could find permitted a strip search to discover substances regularly available over the counter at any convenience store throughout the United States. See, e.g., Williams, 936 F.2d at 882 (considering a strip search to discover either cocaine or a vial of “Rush”); Cornfield, 991 F.2d at 1323 (reviewing a strip search conducted to find marijuana or other controlled substances); Phaneuf, 448 F.3d at 593 (rejecting a strip search to uncover marijuana). And contrary to any suggestion that finding the ibuprofen was an urgent matter to avoid a parade of horribles, even if Savana had possessed the ibuprofen pills, any danger they posed was neutralized once school officials seized Savana and held her in the assistant principal’s office. Savana had no means at that point to distribute the pills, and whatever immediately threatening activity the school may have perceived by the alleged possession of prescription-strength ibuprofen had been thwarted. The school officials had only to send Savana home for the afternoon to prevent the rumored lunchtime distribution from taking place—assuming she in fact possessed the pills on her person. The lack of any immediate danger to students only further diminishes the initial minimal nature of the alleged infraction of bringing ibuprofen onto campus. As the Court pointed out in T.L.O., a school is not a prison; the students are not inmates.

Query whether the analysis would be the same if the over-the-counter substance in question were dextromethorphan, one of the active ingredients in cough syrup, which is recognized as being a substance that is frequently used recreationally by young people.