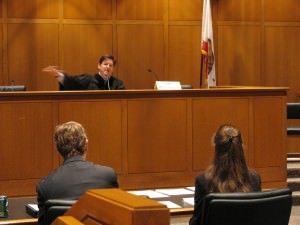 Attorney General Holder spoke to the National Association of Criminal Defense Attorneys in a meeting in Philadelphia on Friday August 1 regarding his opinions on judges sentencing low level non-violent offenders based upon risk assessments. Holder believes that judges should not base sentencing guidelines for offenders on risk assessments of whether someone’s educational or socioeconomic background may predict their chances of repeating a crime, but rather should base sentencing on the type of crime and facts surrounding the case. Holder previously announced last year sweeping changes to lessening incarceration for low level non-violent offenders with emphasis on drug cases.
However, a report by the National Working Group argues that risk assessments are effective tools in preventing repeat recidivism and that assessing each offender’s risk allows the court to find the cheapest and more effective rehabilitation method. The theory behind recidivism that low level offenders need less supervision than high level offenders. Although many Judges may not follow risk assessment principles in a particular case because they are basing their sentences on other reasons than recidivism reduction such as legitimate sentencing practice and that they may not be aware of the research on offender assessment to apply such principles.
With strong arguments on both sides of the issue, it comes down to an individual judge’s wisdom and experience when sentencing and using all available resources at his or her disposal. While defense attorneys favor a case by case analysis based upon the crime, there is some evidence that risk assessments may have merit under some circumstances. Risk assessments may be more important in the criminal justice system at different levels of law enforcement when making decisions to arrest, by prosecutors and pre-trial agencies when deciding to go to trial and diversion programs and not just by judges in sentencing.