The Cares Act established the Paycheck Protection Program (PPP). The program made nearly $650 billion in loans available to small businesses so they could pay up to eight weeks of payroll costs. The funds may also be used to pay interest on healthcare benefits, mortgages, rent, utilities, and interest on existing debt obligations. In addition to businesses, non-profits, the self-employed, and independent contractors may also be eligible.

One of the key benefits of the PPP is that the interest and principal on the loan may be entirely forgiven if the business spent the loan proceeds on appropriate items within a designated period of time, and used a certain percentage of the proceeds for payroll expenses. 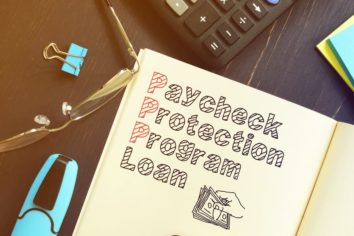 PPP fraud occurs where PPP loans are fraudulently obtained or used for improper purposes. To date, the federal government has charged several persons for millions of dollars’ worth of fraudulent use.

Here’s an example, with the names changed. The following conduct is alleged, not yet proven in court. The defendant, named Wilson, recruited five businesses (defendant businesses), offering to obtain a PPP loan for them, even though they didn’t qualify for it. With Wilson’s help, the defendant businesses submitted fraudulent PPP loan applications, in which they each requested $300,000 in loans.

Furthermore, once they received the proceeds, they used the funds for non-qualified, non-business-related, purposes. For example, they made checks out to people who did not even work for them.

For his services, Wilson received a percentage of the loan amount each defendant business received. However, FBI investigators caught up with him. He was charged with several counts of conspiracy to commit bank fraud, making false statements to a federally-insured bank, and money laundering. In addition to the criminal counts, forfeiture of hundreds of thousands of dollars was sought by federal
prosecutors.

The Cares Act and the PPP are well-intentioned responses to the financial disasters that small businesses have suffered due to COVID-19. While no doubt there has been PPP fraud, the problem is that the federal government has broad overreaching investigatory and prosecutorial powers. Sometimes this means that an innocent person or business accidentally becomes entangled in a federal investigation and
is unfairly charged.

It can happen to you. Even though you have done your best, and exercised all due diligence to honestly request PPP funds, and used them in accordance with your understanding of their intended purpose, it’s possible you made a mistake.

So, if you get caught up in this web, you’ll need an experienced criminal defense lawyer to represent you. Don’t delay and get the help you need today. Contact Arkady Bukh, a nationally recognized New York criminal defense attorney.