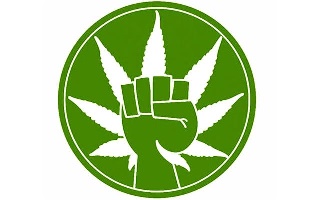 A New York paper, the Star-Gazette of Elmira/Corning, has aneditorial today that is an unwittingly accurate description of the mindset of contemporary drug warriors. The piece is titled as follows:

Setting aside the interesting use of the word “crusade” to describe drug policy, it’s remarkable that this paper seems to be celebrating the notion that the effort to combat methamphetamine will “never end.”

The editorial notes that some meth production has dropped as a result of ramped-up policing, but it also argues that “staying ahead of the meth criminals is not something that occurs without constant vigilance, strong prosecution of meth suspects and persistent investigation into leads regarding meth dealers .”

But the really remarkable part comes at the end of the piece, where its authors state:

It’s an indication that those on the front lines of the war on meth know that even if the law is winning, that battle is never over.

According to these authors, then, there is no endpoint in sight in our efforts to police ourselves, and there never will be one. Instead, we’ll just continue to have to arrest and imprison a significant portion of our population ad infinitum as we wage a “constant,” and “persistent” “crusade” against ourselves.

If this is really something to celebrate, I’m not sure why. Endless war is expensive. It inflicts a great deal of damage on society. Rather than championing the fact that this damage will never abate, our media ought to be thinking more carefully about whether there are alternatives to the model of a “war” on our own use of drugs.