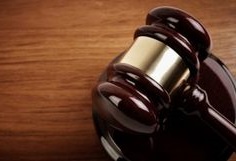 The disparity between the treatment of powder and crack cocaine under California criminal law does not violate principles of due process or equal protection, the Second District Court of Appeal held 10/1/08 in People v. Ward, B200354.

The court, however, applies a rational basis standard of review to the sentencing law and has little difficulty in concluding that the California legislature had a rational basis for enacting the laws the way they did. “Numerous federal cases have rejected the argument that the distinction between the two forms of cocaine is irrational,” the court notes, “and we believe these cases are persuasive.”

The court adds the following comments, however:

We are by no means insensible to the disparities that result from the legislative decision to treat these two drugs differently for penal purposes. These disparities have been discussed extensively at the federal level. (See, e.g., Kimbrough v. U.S. (2007) ___ U.S. ___, 128 S.Ct. 558, 566 [differential treatment of cocaine base and powder cocaine under former sentencing guidelines “yields sentences for crack offenses three to six times longer than those for powder offenses involving equal amounts of drugs. . . . This disparity means that a major supplier of powder cocaine may receive a shorter sentence than a low-level dealer who buys powder from the supplier but then converts it to crack”]; U.S. v. Armstrong (1996) 517 U.S. 456, 469 [United States Sentencing Commission “statistics show: More than 90% of the persons sentenced in 1994 for crack cocaine trafficking were black; id. at pp. 478-480 (dis. opn. of Stevens, J.) [citing statistic that sentences for crack offenders average three to eight times longer than sentences for comparable powder offenders and observing that the higher penalties for crack cocaine offenses versus powder cocaine offenses are a primary cause of racial disparities in sentencing between Black and White criminal federal court defendants). The differential outcomes and attendant consequences may motivate legislative action, but they do not establish that there is no rational basis for distinguishing between cocaine powder and cocaine base for sentencing purposes.