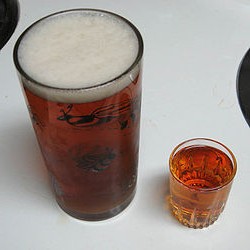 California Penal Code section 22, which “sets forth the general principle in this state that a criminal act is not rendered less criminal because a person commits the act in a state of voluntary intoxication,” does not violate a criminal defendant’s right to due process, the California Second District Court of Appeal held Monday in People v. Timms ,A113889.

The defendant in Timms was charged with and convicted of voluntary manslaughter for a homicide that occurred during a quarrel after the defendant had been drinking beer and brandy. He argued that section 22 violated his due process rights because it prevented the consideration of whether his intoxication prohibited him from having a “conscious disregard” for life. Citing the 1996 U.S. Supreme Court case of Montana v. Egelhoff, the Second District rejected that argument.