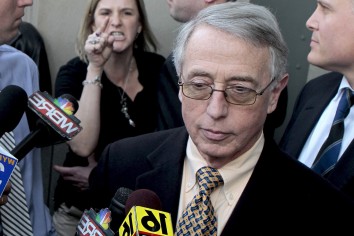 When Mark Ciavarella, Jr. was sentenced to twenty-eight years behind bars, he said he was “sorry.” Observers aren’t sure that he was sorry for his actions when landed him in prison. Most believe he was sorry he got caught.

A disgraced Pennsylvania judge, Ciavarella had been found guilty of conspiring with privately run prisons. Ciavarella would sentence juvenile offenders to maximum sentences for which he would receive bribes and kickbacks which came to millions.

The longer an inmate spends in a private prison, the more profit is generated. Ciavearella was a mere figurehead in the conspiracy which saw thousands of juveniles punished and penalized on the altar of corporate greed.

Cases heard by Ciavearella between 2003 & 2008 were reviewed by investigators and subsequently by Pennsylvania’s Supreme Court. Over five-thousand young men and women saw their constitutionally protected rights shredded by Ciavearella. Justice made sure convictions were overturned, and the detainees were released.

When Ciavarella was sentenced, he was rebellious and insisted he had violated no laws and said the money he was advanced was a “finder’s fee.”  U.S. Attorney Gordon Zubrod wasn’t shocked at Ciavarella’s claim. “I believe that’s his way of doing things. Never admit. Never retreat. Always attack. Always blame someone else. He tried it with the judge, and it didn’t work,” said Zubrod.

New York criminal attorney Arkady Bukh thinks Zubrod could be right. Ciavarella, who abandoned the bench when he was convicted, filed a request for his pension benefits the same day, March 16, 2009.  Ciavarella wanted to get a lump sum of almost a quarter-million dollars and to begin getting his monthly $5,000 pension benefits.

He won’t require the pension.

He’s locked away in the Federal Correctional Institution at Salters South Carolina serving. His earliest release date is December 30, 2035. With good behavior, he’ll just have to do 24 years.